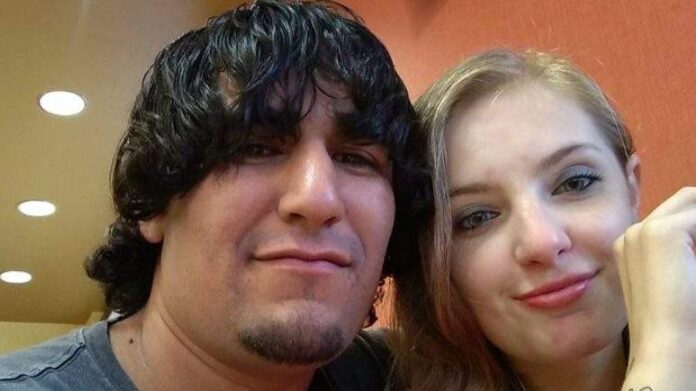 In August 2017, a heartless couple, Zachary Koehn and Cheyanne Harris, left their baby to die a slow, agonizing, and painful death all alone. In a dark room, the couple neglected their four-month-old baby, Sterling Koehn, with his mechanical swing facing the wall until he died.

No one changed the baby’s diaper, and he went without any food or water for an estimate of nine and fourteen days until he died. The baby had developed a diaper rash that devoured through his skin and allowed E. coli from his feces to enter his bloodstream. Flies also laid eggs in the baby’s diaper resulting in maggots crawling in his diaper for days.

At the age of seventeen, Koehn started using methamphetamines to stay awake. He worked as a truck driver for long hours. Around that period, Koehn got married to a woman named Sherry, and the couple had a son together. When the couple divorced, Koehn’s parents took custody of the son.

Around 2014, Koehn met Cheyanne Harris. The two had a daughter a year later, on November 15th, 2015. By 2016, Koehn had influenced Harris into using meth despite being pregnant with their second baby. Harris quickly became addicted to the drug — and she ended up giving birth to a premature baby in the bathtub.

“He was born in a bathtub, at my friend Rick’s house, Cheyanne thought she had constipation and she sat and hollered for me to come to the bathroom and she was like, ‘He is coming!’, so I immediately freaked out and closed the door and then stood outside the door for a little bit. Then I ran back in and I helped her get in the bathtub to do a water birth.” — Zachary Koehn

At the hospital, blood tests confirmed that Harris was on meth whilst pregnant. And Koehn had doubts if he was the baby’s biological father since all the people pointed out how the child did not resemble him.

On August 30th, 2017, Koehn got home in the morning from work. He made food for his little daughter and went to bed without checking on his son. Then, around midday, Harris came to tell him that Sterling had died.

“I was woken up at…11 or something, She(Harris) came into the foot of the bed there and I was sleeping and she dropped to her knees and was crying hysterically and kept saying, he’s gone, he’s gone” — Zachary Koehn

Koehn went into the bedroom to check on his son and touched his forehead, only to realize that he was ice cold with blood coming out of his mouth. He later called 911 requesting an ambulance. An autopsy performed on Sterling’s body ruled his death as a homicide.

Sterling died from dehydration, malnutrition, and infection. The baby sat in a diaper filled with feces until they started to decay. Sterling’s diaper rash was so severe to the extent that it led to the development of open wounds on his skin. Thus, E. coli bacteria from the feces entered his bloodstream. The baby had crawling maggots on his skin, in the feces, on his clothing, and his swing.

Koehn claimed that he never changed the baby’s diaper because he has a weak stomach, and Harris was aware of this; hence it was “her duty.” He never fed or interacted with the baby due to the long shifts as a truck driver. Koehn also claimed he never held his baby during the last weeks before his death because,

“Usually he was sleeping and other times I was not to disturb him as he was a colicky baby and they are just super hard to get to sleep…..I could go in and look at him but he was usually covered in blankets, you could see his little head peeking out.” — Zachary Koehn

Koehn’s friend said Koehn never mentioned that he had a son, although he often talked about his daughter. Another friend who testified to visiting the house and used meth with the couple claimed he never saw the baby. But he saw the family’s little daughter often.

It appeared that the couple cared for their little daughter but neglected their son.

On Harris’s side, Koehn did not normally help around the house. Harris maintained that she fed Sterling at least three times a day and constantly changed his diaper. But, Harris also commented that “I should have checked on him (Sterling) more.”

A medical professional clarified that a one-day-old unchanged diaper is noticeable. Thus, either Koehn or Harris must have smelt the heavy odor from the baby and chose to ignore it. Also, the baby must have frequently cried from hunger and thirst.

All the other three family members, Koehn, Harris, and his little daughter, including the family’s dog, were in good care, except for Sterling.

On October 25th, 2017, Koehn and Harris were arrested and charged with first-degree murder. Both of them were found guilty and sentenced to life imprisonment.