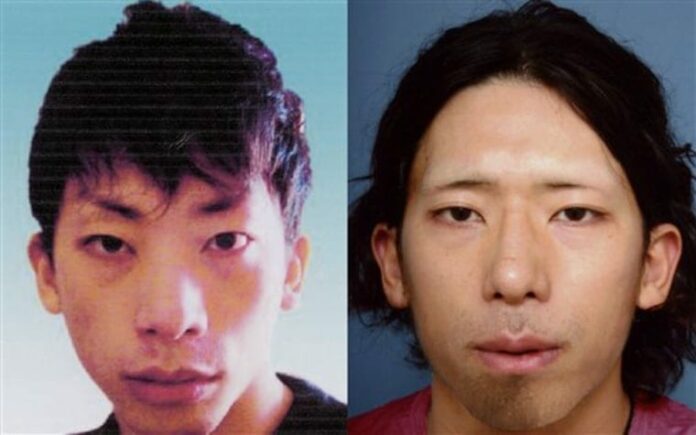 TOKYO (CBS/AP) Tatsuya Ichihashi, the Japanese man accused of the rape and murder of his English teacher, British woman Lindsay Ann Hawker, wrote a book released Wednesday in which he details his 2-and-a-half years on the run and the lengths to which he went to escape detection. Hawker, 22, was found dead in a sand-filled bathtub on the balcony of Ichihashi’s apartment in Chiba, east of Tokyo, in March 2007.

Hawker, 22, was found dead in a sand-filled bathtub on the balcony of Ichihashi’s apartment in Chiba, east of Tokyo, in March 2007.

Ichihashi, arrested in 2009 after a lengthy nationwide manhunt, admits to taking Hawker’s life in the book, “Until the Arrest.”

“I took Lindsay’s life,” he writes, “that fact does not change.” Ichihashi writes that the book is “a gesture of contrition for the crime I committed.”

Ichihashi details his attempts to change his appearance, including scissoring off his lower lip, digging two moles out of his cheek with a box cutter and giving himself a nose job in an attempt to obscure his identity while on the run.

But he doesn’t describe the crime or his motives in the 238-page book, instead detailing his life at large, during which he traveled up and down the country, in constant fear of arrest and obsessed with cosmetic surgery.

After escaping the police who came to his apartment to question him, he bound up his nose with a thread and needle – like a cook trussing a piece of meat – to make it narrower.

At first, Ichihashi, 32, wandered around Tokyo and then drifted north to Aomori prefecture, where he twice tried to cut off part of his lower lip to make it thinner. The first time, he couldn’t follow through because of the excruciating pain, he writes.

He finished it up a few days later in a public bathroom.

He wore several layers of surgical masks to hide the scars, but apparently didn’t stand out in the spring when many Japanese do the same to escape pollen.

While at large, Ichihashi carefully avoided monitoring cameras at shops and eye contact with anyone. He changed his location quickly and often when he thought he might have been spotted. He never contacted his family or friends.

Once he walked past a police station and saw a wanted poster with his face on it. It was then that he sliced off the moles on his left cheek – prominent in the wanted picture.

Having saved nearly 1 million yen [$12,100] from a string of construction jobs, he spent most of it on two  plastic surgery operations, once to acquire a longer and narrower nose, and the second to raise the bridge of his nose.

In the end, his attempts to obscure his identity led to his arrest.

Staff at the second clinic took many photos of his left cheek with traces of moles he had removed, which seemed “strange.”

The clinic reported his visit and sent the photos to police – news that was splashed in Japanese newspapers.

Ichihashi said he froze when he saw the news on TV about his cosmetic surgery.

“My heart raced,” he wrote. “I gazed at it trembling.”

He immediately checked out of his hotel, got a haircut and even bought a party disguise set containing a beard, sideburns and a mustache.

He was eventually stopped on Nov. 10, 2009, by police at the ferry terminal in Osaka as he tried to flee again. One of the officers asked his name.

Ichihashi gave his real name for the first time in 2-and-a-half years and was arrested.

Police say Ichihashi has confessed to assaulting Hawker and that she died from her injuries; he won’t enter a plea until the trial begins. The details in the book do not take responsibility for anything beyond what Ichihashi has already told investigators. If convicted of murder, he could face the death penalty.