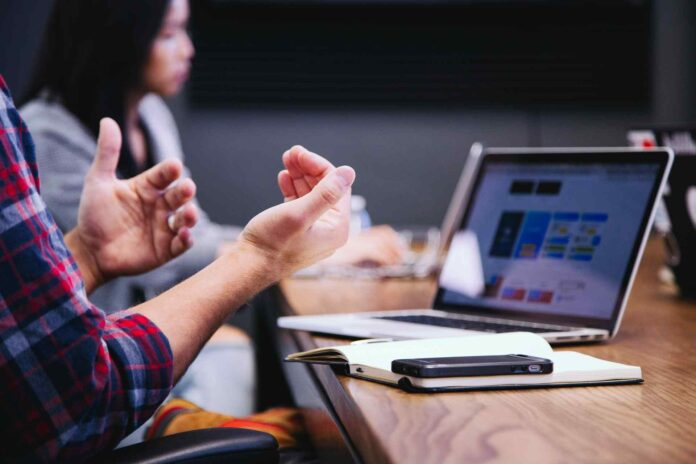 The Privatized Internet Has Failed Us: The early promises about the utopia that the internet would bring us have proven wrong. The internet can never deliver on all it’s capable of when it’s run for profit — we need a publicly owned internet.

The early promises about the utopia that the internet would bring us have proven wrong. The internet can never deliver on all it’s capable of when it’s run for profit — we need a publicly owned internet.

Several decades into our experiment with the internet, we appear to have reached a crossroads. The connection that it enables and the various forms of interaction that grow out of it have undoubtedly brought benefits. People can more easily communicate with the people they love, access knowledge to keep themselves informed or entertained, and find myriad new opportunities that otherwise might have been out of reach.

But if you ask people today, for all those positive attributes, they’re also likely to tell you that the internet has several big problems. The new Brandeisian movement calling to “break up Big Tech” will say that the problem is monopolization and the power that major tech companies have accrued as a result. Other activists may frame the problem as the ability of companies or the state to use the new tools offered by this digital infrastructure to intrude on our privacy or restrict our ability to freely express ourselves. Depending on how the problem is defined, a series of reforms have presented that claim to rein in those undesirable actions and get companies to embrace a more ethical digital capitalism.

There’s certainly some truth to the claims of these activists, and aspects of their proposed reforms could make an important difference to our online experiences. But in his new book Internet for the People: The Fight for Our Digital Future, Ben Tarnoff argues that those criticisms fail to identify the true problem with the internet. Monopolization, surveillance, and any number of other issues are the product of a much deeper flaw in the system.

How the Internet Came to Be

Internet for the People takes readers on a journey through the history of the internet and its problems. But at the core of Tarnoff’s analysis is the question of privatization: how it happened and what consequences it has had for the infrastructures and services that have become virtually inescapable.

The book takes us through a series of key moments in the development of the internet: 1969, when the publicly owned Advanced Research Projects Agency Network (ARPANET), the first public computer network that became a forerunner to the internet, went live for the first time; 1976, when the Defense Advanced Research Projects Agency (DARPA) linked two networks for the first time in pursuit of its goal to “bring the mainframe to the battlefield”; 1983, when ARPANET switched over to the Transmission Control Protocol/Internet Protocol (TCP/IP), the communications protocols that are used in the internet and various computer networks, which were foundational to the modern internet; 1986, when the National Science Foundation launched the NSFNET (National Science Foundation Network), a national public backbone network that allowed more people — researchers, in particular — to use it to communicate.

At each of these stages, Tarnoff explains why the government was essential to allowing these developments to take place in a way that the private sector could not, embracing an “open-source ethic” that went against “the commercial impulse to lock users into a proprietary system.”

Take the protocols that allow these various networks to communicate with one another and eventually produced TCP/IP. “Under private ownership, such a language could never have been created,” writes Tarnoff. The basic research work was not only incredibly expensive but there were no obvious means to make a profit from it. Indeed, DARPA even offered AT&T the opportunity to take over ARPANET. AT&T refused; it couldn’t see a viable business model.

After all of this investment, the internet underwent a radical transformation in the 1990s. For Tarnoff, it was the decade when “the internet abruptly died, and a different one appeared.” As more and more people got on online, businesses finally started to see in it the opportunity to make a lot of money, but the NSFNET’s Acceptable Use Policy forbade commercial activity. In an era of neoliberal hegemony, that could not stand.

Regardless of the internet’s global potential, decisions about its governance were to be made in Washington, DC. Among House speaker Newt Gingrich’s Republicans and President Bill Clinton’s Democrats, the path forward was clear: the internet had to be privatized.

The Consequences of Privatization

The fateful date was April 30, 1995. The National Science Foundation Network (NSFNET), the public backbone of the internet, was shut down and the infrastructural side of the internet was ceded to private companies. Tarnoff describes the event as the product of a “false choice” dictated by the industry, one where the options were framed as the preservation of “the system as a restricted research network or to make it a fully privatized mass medium.” At a moment when the trust was being placed in “the market” through a broad agenda of deregulation and privatization, business and political elites wanted us to believe that there was no alternative.

Even though 1995 can be seen as the moment of privatization, Tarnoff positions it as the beginning of a process that started with privatizing the pipes of the internet and then went up “the stack,” borrowing the industry’s own terminology. It should come as no surprise that the Clinton administration and other mid-1990s power players argued that privatization was the only path to achieve a better internet, one that was cheaper to access and spurred innovation. Yet the outcome of that privatization was something quite different.

The United States now pays some of the highest prices in the world for some of the worst internet services, as the deregulated and consolidated telecommunications oligopoly controls most people’s access. Meanwhile, the modern tech monopolies — companies like Facebook, Google, Microsoft, and Amazon — are making a big push into the infrastructural side of the internet, as they buy more of the undersea cables that link up the world. Tarnoff argues that as they build “vertically integrated empires that control both the pipes and the information inside them, they are remaking the internet remade by the 1990s into an even more privatized form.”

The reorientation of the world wide web to serve the business needs of these companies above its users is the other side of this equation. The dot-com boom was the moment when this process began, as new companies were seeking the means to extract profit from what we did online. They’ve been massively successful.

We often call the services offered by these companies “platforms,” but that’s a term Tarnoff rejects. It allows them to “present an aura of openness and neutrality” — when they’re actually shaping what we do for their benefit. Tarnoff instead calls them online malls, private spaces that appear public, in which we’re brought together in service of generating profit for the company that controls it.

Tarnoff expertly charts how this process of pushing privatization up the stack unfolded, looking at the contributions of key companies like eBay, Google, and Amazon at various stages to establish the model of the online mall, expand the infrastructure of the cloud, turn the process of data-making into a lucrative business, and push the internet beyond the home or the desk too many aspects of society.

Rather than fulfilling the libertarian utopian dreams of the 1990s, those developments have had terrible effects: providing new means of exploiting marginalized people, enabling a new wave of right-wing radicalization, and helping create an even more unequal world. Addressing those issues requires getting to the root of the problem: the privatized internet has failed us.

While privacy legislation and antitrust measures could have some positive effects, they don’t go far enough. “A privatized internet will always amount to the rule of the many by the few,” writes Tarnoff, and since that tendency is hardwired into capitalism itself — not just a certain iteration of capitalism — fixing the internet requires a different strategy: deprivatization. But what that looks like is still up for debate.

Rather than lay out a concrete plan for a deprivatized internet, Tarnoff explains that experimentation will be key. The future he envisions is one where technology takes on a very different character; where it changes from “something that is done to people and becomes something they do together.” Instead of waiting to see what Google or Amazon hand us, technology is produced by communities and collectives to serve very different needs and ends. Yet that doesn’t mean Tarnoff leaves us with no map of the path we could take.

On the infrastructural side, Tarnoff shows a clear preference for the community-owned networks that have been proliferating across the United States, even as they’ve faced opposition from the telecom oligopoly. These networks tend to deliver better service at lower cost while prioritizing community needs over those of major corporations’ shareholders.

Meanwhile, on the services side, Tarnoff takes aim at the “bigness” incentivized by the need to produce returns for the difficulties they create for self-governance and the negative social interactions they promote. Instead, he presents a model of “protocolized” social media with a proliferation of small communities that can interact with one another and where public funding is available for media.

The internet has long been surrounded by a libertarian idealism, despite always failing to deliver on those ambitions, and many of the ideas for a better internet take on a preference for decentralization. Since Tarnoff relies on existing ideas to outline how a deprivatized internet could function, his vision can also be seen as taking on some of those qualities. Yet in his discussion of community networks, he notes that decentralization isn’t an inherent good, as it can be positioned by some digital rights activists and tech libertarians.

“Decentralization is not inherently democratizing: it can just as easily serve to concentrate power as to distribute it,” he writes.

Ultimately, a deprivatized internet will require different solutions for different aspects of the network. In some cases, they will show a preference for decentralization, while in others a regional or national approach will be required.

By reframing the debate over the internet not around surveillance, speech, or monopoly, but around the deeper and more fundamental process of privatization, Internet for the People encourages us to think more expansively about how a different kind of internet could function and who it could serve. At a moment when the future of the tech industry seems to be more in question than at any time in recent memory, that’s a conversation we desperately need to have.

Paris Marx is the host of the Tech Won’t Save Us podcast and author of Road to Nowhere: What Silicon Valley Gets Wrong about the Future of Transportation, coming in July from Verso Books.

The Last of Us PS5 remake could release ‘this holiday’, according to a recent report