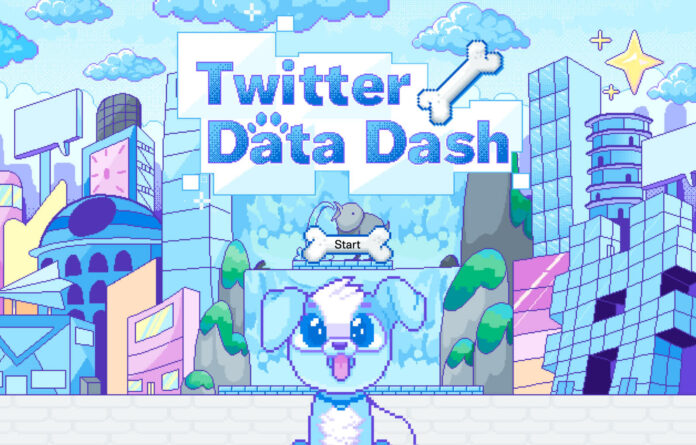 WTF?! Just when you think the Twitterverse can’t get any weirder — it does. Earlier this week, Twitter released a browser-based game to promote and help users understand the social media platform’s privacy policy. The 2D side scroller takes players on a browser-based stroll where they have to avoid unwanted ads and DMs while learning how to “level up their privacy game.”

Like most software and applications, Twitter’s privacy policy is often glazed over, misunderstood, or simply clicked through and overlooked. Twitter Data Dash, a retro 2D platformer that runs on your browser, was released in an attempt to make the company’s often-skipped privacy-related legalese somewhat more digestible.

The game lets players take control of the game’s main character, a blue puppy named Data, to travel through PrivaCity (see what they did there) collecting bones.

But we DID make one to help you understand the more complex parts of our privacy policy and how you can take control of your experience on Twitter.

As players navigate the city, they are faced with perils ranging from unwanted cat ads to unwanted trolling and DMs. Players use their keyboards to run, jump, and dodge their way through four levels while collecting Data’s bones.

Those lucky enough to collect the bones and finish a level aren’t rewarded with fame and fortune, but instead with the best distillation of Twitter’s privacy policy that their legal department can muster. Talk about excitement.

Jokes aside, Twitter’s approach to presenting otherwise dry and often overlooked content is a step in the right direction. Unfortunately, their execution can use some work. The game’s controls can feel a bit clunky, which could drive players to focus more on the controls and less on the intended messaging.

The underlying message can also be somewhat unclear, with the game encouraging users to take action such as avoiding ads that are otherwise unavoidable when using the platform.

Regardless of how effective or ineffective Twitter’s attempt at increasing understanding is, there’s a good chance that we’ll see more of this trend intended to engage a much wider target audience.