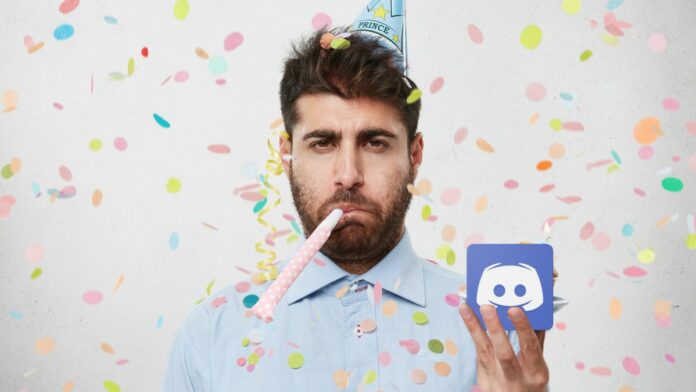 Discord has a new Party Mode to celebrate the app’s seventh anniversary, though the fun new feature may not be something you want running on your system if you’re precious over your CPU usage.

Party Mode is a purely cosmetic addition with no real user benefits, adding some audio and visual changes such as cheering crowds, confetti and a combo counter that appears when you type. While it has no real use, it’s certainly interesting to use for a short while, and reminds us of the various customizations and themes that users could add to older social media platforms such as MySpace, Tumblr and Bebo.

As reported by PC Gamer though, this isn’t all fun and games, as all those quirky confetti explosions and other various party-themed effects can hog your processor, with some users claiming to have seen a 30% spike in CPU usage simply from switching on the new mode.

The following troubleshooting advice was provided by official Discord Support for those who were experiencing issues with using the feature:

“If you have Reduced Motion enabled, it may conflict with Party Mode. You can check this setting by going to User Settings > Accessibility > Enable Reduced Motion and seeing whether the toggle is on. Please note that certain aspects of Party Mode, including Confetti and Screenshake, will be disabled depending on whether Reduced Motion is enabled.”

Sadly we were unable to verify these claims ourselves as Party Mode only ran for a week from Friday, May 13th, 10AM PDT to Monday, May 16th, 5PM PDT, though you can still experiment with various themes and plugins to optimize your experience or personalize the look to suit your own style.

Analysis: Should CPU-heavy features come with a warning?

For those with some technical know-how, it’s an easy task to check on what affects your laptop or computer’s performance, but that doesn’t mean that everyone understands the intricacies of diagnosing issues with your system.

For many, it might not be apparent that a playful Discord feature is slowing down your machine, and while this is unlikely to cause any serious issues with the hardware itself, it can be frustrating to no understand why you’re seeing a drop in performance. If Discord understood that this could have a sizable impact on your CPU, should it have disclosed that when the feature dropped?

Discord isn’t the only service in this position of course, with Google Chrome having long been criticized for its RAM-hungry tendencies compared to other web browsers, and there are numerous other examples that could be called upon.

It’s doubtful that making consumers aware of the increased usage will deter many from installations or updates, especially if the known impact is negligible or the user has a sufficiently powerful system to cope, but it would seem the incentive really isn’t there to make services more transparent for users without a decent understanding of computing systems.

This is a far cry from putting warning labels on tobacco and e-cigarette products or legislation enforcing that calorie information must be clearly displayed on food products, but I really don’t think it would be a terrible inclusion to updates from large tech companies, and could potentially encourage more users to strive for a better understanding of how their systems work.

In turn, this could result in improved home maintenance of laptops, computers and tablet devices, resulting in fewer gadgets going to landfill, and the general public will be less wary of the ever-changing world of technology. Is it experimental? Sure, but all it takes is transparency.