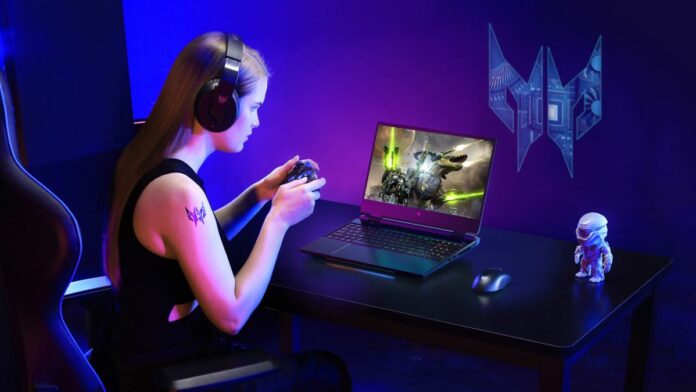 Acer has revealed a smart new gaming laptop which boasts a neat trick in terms of a 3D screen that doesn’t require any clunky glasses, with a bunch of titles that’ll be supported by the hardware out of the gate.

The Predator Helios 300 SpatialLabs Edition was shown off at the [email protected] event, and it offers glasses-free 3D gaming using the SpatialLabs TrueGame app.

How does it work exactly? SpatialLabs utilizes an eye-tracking solution, along with a stereoscopic 3D screen, and real-time rendering tech, with pre-configured profiles for different games to help realize the required three-dimensional experience. Over 50 PC games will be supported in 3D mode at launch – these will be a mix of contemporary and classic offerings – with more to come down the line.

In terms of the actual hardware, that screen is a 15.6-inch 4K display with a liquid crystal lenticular lens optically bonded on top of it to create the 3D effect (you can switch back to 2D mode, with just the plain 4K panel, as needed).

Driving the Predator Helios 300 is a choice of Intel Alder Lake CPUs, up to Core i9 chips, backed with an Nvidia GeForce RTX 3080 mobile GPU, and 32GB of DDR5-4800 memory. Storage is provided courtesy of PCIe 4.0 NVMe SSDs in RAID 0 configuration.

This is a Windows 11 gaming laptop with Killer Wi-Fi 6E, and wired connectivity includes a Thunderbolt 4 port, alongside two USB 3.2 Gen2 connectors (and an HDMI 2.1 port).

For cooling, you get twin fans (including one 5th-gen AeroBlade fan, one of Acer’s nifty designs with extremely thin blades) and Acer CoolBoost tech to help keep internal temperatures in check.

Analysis: Something truly different in the gaming laptop world

We’ve given this glasses-free 3D a shot in the past here at TechRadar and it’s impressive – the tech was demoed by Acer last year (at the time, it was set to theoretically be included in a laptop for creatives using 3D rendering). You can think of it as a giant (15-inch) 3DS screen, one that produces a pretty nifty three dimensional effect (made all the more immersive on a way bigger display).

3D chicanery would be nothing without smooth gameplay, of course, but fortunately the Helios 300 packs plenty of power under the hood, giving buyers the ability to crank up frame rates with an Intel 12th-gen Core i9 CPU in tandem with a fast RTX 3080 discrete graphics card.

There’s a large helping of speedy DDR5 memory on top of that, and storage is going to be superfast as well given that NVMe SSDs are arrayed in RAID 0 for the speediest performance. Put it this way – when the full benefits of DirectStorage come through in supported games (starting with Forspoken later this year) under Windows 11, that storage setup is going to make things really fly when it comes to rendering big open world environments.

The rub, of course, is the price, but then you didn’t think that a gaming laptop loaded up with a combo of powerful cutting-edge hardware plus a 3D screen would be affordable, did you? For those with the desire to experience 3D gaming (on certain titles) with no need for any cumbersome glasses, the considerable outlay could be well worth it to get a notebook that packs something really different in terms of features.