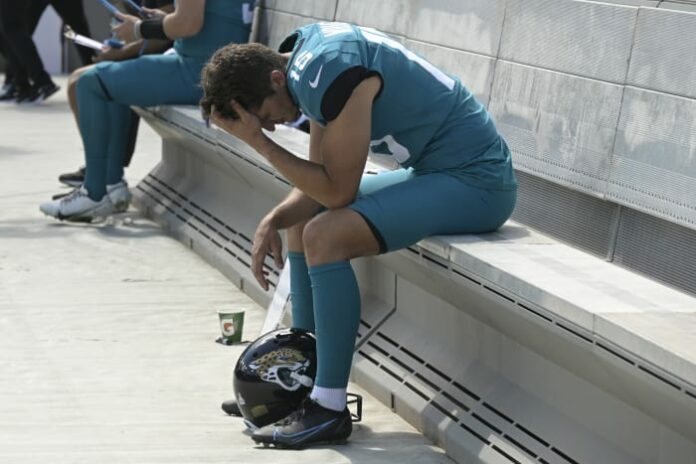 JACKSONVILLE, Fla. – The Jaguars are in the market for another kicker after waiving Matthew Wright on Wednesday.

That makes back-to-back days of kicker news for the Jaguars, who were sued by Josh Lambo on Tuesday after he alleged a hostile work environment under ex-coach Urban Meyer and retaliation from the team after he was released.

It was Wright who replaced the struggling Lambo last year and helped the team end a 20-game losing streak. Wright kicked three field goals in the London game against the Dolphins (40, 54 and 53 yards), the final two in the game’s last four minutes, to deliver a 23-20 win.

LAMBO LAWSUIT | What do you think about it?

That performance earned Lambo AFC Special Teams Player of the Week honors and made Lambo expendable.

Lambo was released Oct. 19. He alleged in a Dec. 15 story in the Tampa Bay Times that Meyer kicked him during warmups in a preseason game and constantly made disparaging remarks. Meyer was fired hours later.

Wright was 21 of 24 on field goals and hit 13 of his 15 PATs for the 3-14 Jaguars. While solid on field goals, Wright struggled in the kickoff area. The team currently has Andrew Mevis and Ryan Santoso on the roster as kickers.