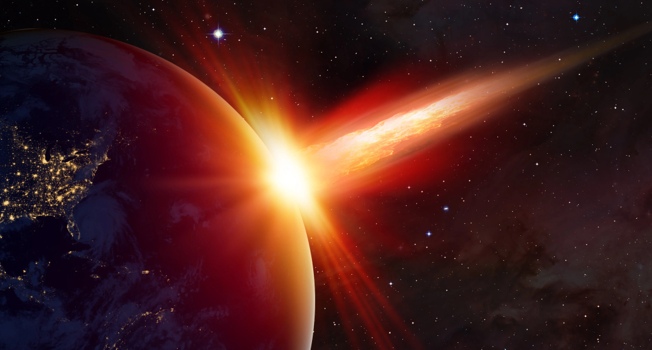 In April, China announced the development of a system to safeguard the Earth against asteroids, and now Chinese scientists are proposing to incorporate extraterrestrial components into it.

To look for dangers that might elude the ground-based early warning network, two optical telescopes will be placed close to the south and north poles of the moon. This is particularly relevant when dangers originate from the Sun.

According to the proposal, the system will send one or all guardian satellites to intercept any potentially dangerous asteroids it identifies. Scientists estimate that such a system would respond a week more quickly than any rockets launched from the planet.

“Such a system would have the ability to intercept incoming asteroids from all directions and would be able to form a protective circle about twice the distance between the Moon and Earth—about 800,000 km in diameter.”, Chinese scientists noted.

Furthermore, even though nothing directly threatens the Earth, astrophysicists estimate that roughly 60% of asteroids large enough to cause significant environmental damage are not registered or watched by humans.

According to Wu and his colleagues, asteroids that come from the Sun’s direction are the most threatening since they are challenging to track. Solar glare has rendered optical telescopes incapable of detecting such objects, while radar devices perform best when tracking known targets.

According to Chinese scientists, the increasing number of satellites in orbit, such as Starlink, diminishes the possibility of detecting tiny celestial objects in the distance. However, according to Wu and his colleagues, these issues might be remedied with the help of telescopes operating in the moon’s polar regions.

The development of lunar objects for the Earth’s security system would be expensive and resource-intensive. Therefore China may invite other countries to collaborate through the International Lunar Research Station, a collaborative effort between Beijing and Moscow.

However, before beginning work on the moon, China will first put satellites into lunar orbit to test the most advanced monitoring, tracking, and interception technology.

However, the experts point out that moon satellites can help preserve China’s national security on Earth. As a result of their assistance, China will be able to monitor other countries’ satellites closely and, as a result, “enhance the ability to protect valuable space assets.” In addition, the ultra-precise atomic clocks on these new satellites, according to the scientists, could improve the precision of the BeiDou satellite location system.