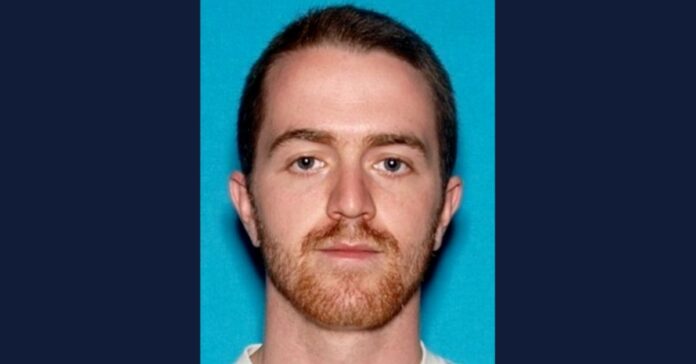 A former employee at Yosemite National Park was sentenced on Friday for sexually assaulting a sleeping co-worker. Charles Porter, 32, is set to spend 12 years and four months in prison. Federal prosecutors in Fresno, California, wanted him behind bars for 17 years and six months. The defense requested a 10-year sentence.

Authorities say witnesses intervened after Porter bit, punched, and choked the sleeping man in that man’s employee cabin, according to a sentencing memorandum. The defendant worked for Aramark Management Services, the concessions provider for Yosemite.

“According to evidence presented at trial, on April 14, 2020, in Yosemite National Park, Porter, an Aramark employee working and residing in Yosemite Valley, entered the victim’s cabin in employee housing at night while the victim was asleep and began to sexually assault the victim, biting and punching him during the attack,” the U.S. Department of Justice wrote in a press statement. “The victim fought back, and during the struggle, Porter attempted to penetrate the victim. The victim was able to reach the door of his one-room cabin to call for help. Nearby neighbors heard his call for help, and they responded and physically removed Porter.”

Authorities said that the victim, a man identified in documents as T.D., still lives with physical and psychological challenges because of this incident.

“This assault was so severe that T.D. felt he was going to die,” authorities wrote.

Prosecutors said that Porter showed a “complete lack of remorse” and lied that his victim was the true aggressor. Witness accounts backed up the other man’s account, not Porter’s.

Porter, on the other hand, has not accepted responsibility or shown remorse for his actions. … Rather, at trial, he testified that T.D. was attempting to sexually assault him, alleging that T.D. attempted to pull down his pants. … While Porter testified to his version detailed account of what happened in T.D.’s cabin, details regarding his interactions with witnesses—who directly contradict Porter’s version of events—were, in contrast, “hazy.” … The testimony of the independent witnesses, T.D.’s neighbors who intervened and stopped the assault when T.D. yelled for help, directly corroborates T.D.’s version of the events. It also directly contradicts Porter’s version of events.

Defense attorney Richard A. Beshwate Jr. maintained that Porter, who had no criminal history before this, experienced a tough life suffering sexual, physical, and substance abuse. From the memorandum:

…Mr. Porter’ involvement in this offense was soaked in alcohol, drugs, and a general permissive lifestyle, that caused him to lose appropriate boundaries. Unfortunately for Mr. Porter, it was the intervention of law enforcement that has helped him to see, much more clearly, the negative effects that excessive alcohol and drug consumption can have, both on a person’s health, and wellbeing. Mr. Porter is not attempting to minimize his criminal act, but simply requests this Court to understand and consider the totality of the circumstances, including his significant level of intoxication, as well as the section 3553(a) factors below

He wrote that his client’s blood alcohol level was .29 the night of the incident. Porter would not have done this if not for being so intoxicated, Beshwate wrote.

“It should be noted that Mr. Porter has no prior criminal history, and this incident should be viewed as aberrant and done under a mental defect of severe alcohol intoxication,” he said in the memorandum.

Prosecutors worked to counter that by bringing testimony from a person identified as A.H.

“Indeed, A.H. testified to the similarity of assaults she sustained at the hand of the defendant, years before his self-described drinking began in 2019,” they wrote.

The National Park Service voiced concern in 2021 that he could have more victims.

” The defendant’s whereabouts in recent years include Southern California, at the California Polytechnic University Pomona, the Yosemite National Park area, and the Pacific Crest Trail,” they wrote.