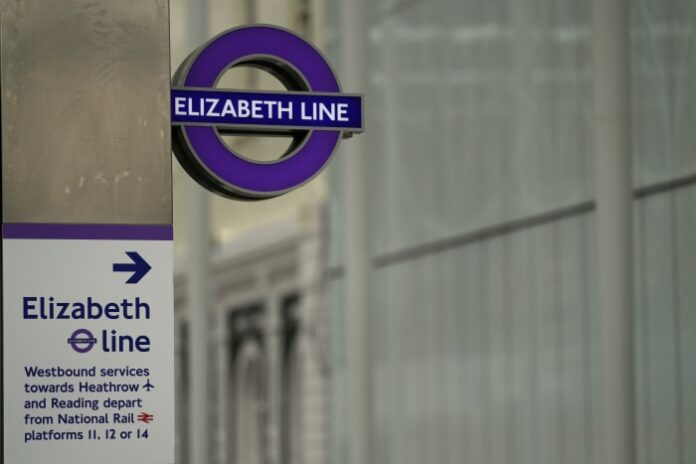 LONDON – Andy Byford points out the cathedral-like ceiling, the crystal-clear acoustics, the “pureness of the aesthetic” that surrounds him.

The head of London’s public transport system is rhapsodizing about a subway station — part of a new line he says will be “the envy of the world” when it opens this month.

“It really gives people a sense of grandeur, but there is also a sense of calm,” said Byford as he showed journalists around Liverpool Street Station on London’s gleaming new east-west Elizabeth Line, due to open on May 24.

The 19 billion-pound ($23 billion) mixed overground and underground railway, named in honor of Queen Elizabeth II, is three-and-a-half years late and 4 billion pounds ($5 billion) over budget. But Byford says it will be “a game-changer” for Britain’s pandemic-scarred capital city.

“I think when it opens it is going to be a huge morale boost for London, post-COVID,” said Byford, who is commissioner of Transport for London. “What could be a greater symbol of London’s emergence from COVID than this spectacular railway?”

Yet there’s a question mark over whether London still needs the Elizabeth Line.

Since ground was first broken on the project — also known as Crossrail — in 2009, London has been through recession, a rocky British exit from the European Union and a coronavirus pandemic that shut down the city for months and transformed work and travel patterns, potentially for good.

Tony Travers, a professor of government at the London School of Economics, said the Elizabeth Line “is a remarkable and beautiful thing.”

“But it was built — after a lot of effort and over a very long period of time — for a different economy,” he said. “Its entire economic case was very heavily predicated on the continued growth of the economy of central London.”

It was scheduled to open in late 2018. But with just months to go the launch was postponed, and then postponed again as workers struggled to finish 10 new stations and link up three separate signalling systems on the western, central and eastern stretches of the 60-mile (100-kilometer) railway.

In 2020, the builders turned to Byford, a veteran public transport executive who ran the Toronto Transit Commission and then the transit authority in New York, where he was nicknamed “Train Daddy” as he grappled with the Big Apple’s often frustrating subway and bus systems.

Byford has staked his reputation on getting the Elizabeth Line up and running.

“It’s had its challenges,” he acknowledged. “This has been a labor of love for us. We’ve sweated blood over this thing.”

The largely underground central section from Paddington Station in west London to Abbey Wood in the southeast opens to paying customers this month, days before the U.K. celebrates the queen’s Platinum Jubilee, though it won’t be fully integrated with the aboveground eastern and western legs until the fall.

Builders say the Elizabeth Line will provide a speedy new link between Heathrow Airport west of London, the City financial district in the center and the Canary Wharf business hub in the east.

For anyone who has ridden London’s cramped Underground, parts of which are more than 150 years old, the scale of the new line is a pleasant shock. The spacious trains can carry more than 1,000 passengers each. They are also air conditioned, something that’s a rarity on London’s sweaty Tube. The tunnels seem to curve on forever and the stations soar — Paddington is 10 stories high and as long as the Shard, London’s tallest skyscraper.

Crossrail’s builders are proud of the attention to detail, from the purple patterned fabric on the train seats to the playful station design touches, like a ceiling of Liverpool Street Station in the City that is striped to evoke a banker’s pinstriped suit. Lighting is cool in the concourse, warm on the platforms — a “nudge” to subtly encourage people towards the trains.

The Elizabeth Line opens in a city, and country, facing economic uncertainty, with the war in Ukraine fueling record inflation and the city center still quieter than before the pandemic as many officers work at least part time from home. The line’s expected ridership has been scaled back from a predicted 250 million people a year before the pandemic, to about 200 million a year.

The transit network, London’s circulatory system, needs even more investment. But Britain’s Conservative government is focused on spreading economic opportunity from the wealthy south of England to the poorer Midlands and north, and is reluctant to spend money on the capital city — especially since London is a stronghold of the opposition Labour Party.

A planned Crossrail 2 that would slice through London from southwest to northeast is on hold, though Crossrail chief executive Mark Wild hopes it will be completed one day.

He is certain the new line will help get London back on track.