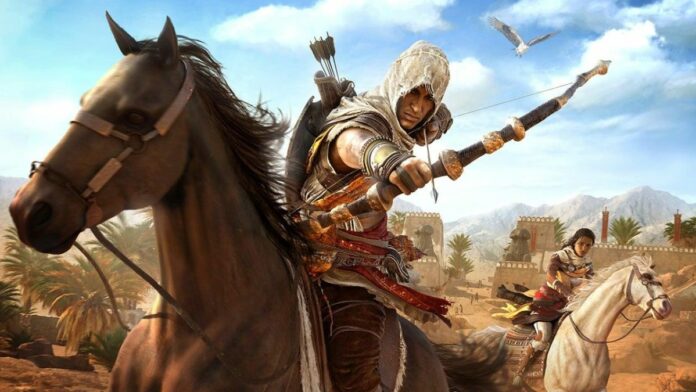 The next slate of Xbox Game Pass titles has been revealed, alongside the announcement that Microsoft will be adding plenty more Ubisoft games to the subscription service, starting with Assassin’s Creed Origins and For Honor: Marching Fire Edition.

According to Microsoft, both games will be added to Xbox Game Pass over the next two months – so by the end of June. Assassin’s Creed Origins will be available to play on console, Xbox Cloud Gaming, and PC via the Ubisoft Connect app.

The For Honor base game, which is already available on Game Pass, will receive a Marching Fire upgrade option, letting anyone who’s already played it through the subscription service on console or via the cloud upgrade for free. It will also be available on PC via Ubisoft Connect.

Microsoft is pitching the add-ons as the start of an expanded partnership with Ubisoft. In a blog post, Xbox Game Pass community lead Megan Spurr said they were “excited to share that we’re working with Ubisoft to bring even more incredible games to the Game Pass library”, and we should expect “more Ubisoft Games coming to Game Pass” in the future.

That follows a trend started earlier this year, when Ubisoft released Rainbow Six Extraction on Game Pass the same day it launched. Placing a much-anticipated, triple-A multiplayer shooter like that on Xbox’s subscription service from day one was a strong indication the companies were growing closer.

As they extend their partnership, we can expect more Ubisoft games to be added to the subscription service. Those will likely include legacy titles, such as Assassin’s Creed Valhalla, and other Ubisoft series, including Ghost Recon and Splinter Cell.

It could also mean that more forthcoming titles will hit the service the same day they launch, just as Extraction did. That would be a big win for players, who would get to play the latest triple-A Ubisoft releases using their Game Pass subscription. But it would also be a major boon for Xbox, which will be looking to shore up the value of Game Pass in response to Sony’s recently unveiled competitor, PS Plus.

So far, Game Pass has one clear edge over PS Plus: day-one releases of Microsoft’s first-party games. If it can add Ubisoft titles into that mix, PS Plus will lag only further behind.

Elsewhere in the blog post, the next slate of Game Pass games was announced. They include: