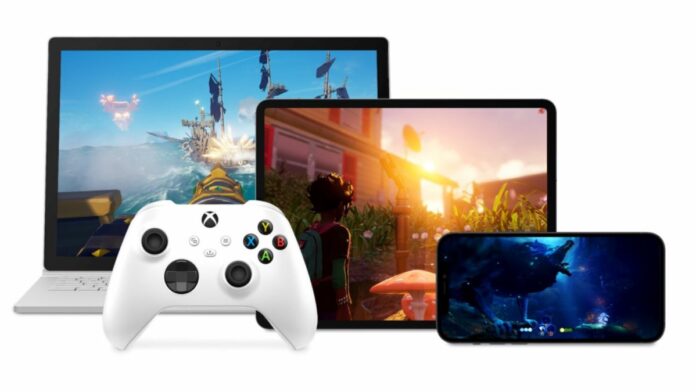 Microsoft has confirmed its third-quarter earnings for FY22, which ended on March 31, 2022, and it’s looking promising for Xbox Cloud Gaming. Speaking to investors, Microsoft CEO Satya Nadella, revealed the cloud streaming service has now been used by more than 10 million people worldwide.

Speaking further, Microsoft’s communications lead Frank Shaw shared a short message on Twitter, confirming: “With Xbox Cloud Gaming… more than 10 million people have streamed games to date, and we expanded the service to four new countries.” That expansion was announced during Microsoft’s Tokyo Game Show 2021 stream, rolling the service out to Brazil, Japan, Australia, and Mexico.

With Xbox Cloud Gaming… more than 10 million people have streamed games to date, and we expanded the service to four new countries.April 26, 2022

Right now, Xbox Cloud Gaming is bundled as part of Xbox Game Pass Ultimate, meaning you can’t access it separately. Evidently, that’s not been a problem for many players and it also allows you to play Xbox Series X|S games through your Xbox One. All things considered, it’s no wonder Microsoft’s cloud service is gaining significant traction.

The success of Game Pass can’t be understated for Microsoft. Having recently hit 25 million subscribers, it’s widely considered to be the reason behind Sony’s recent PlayStation Plus revamp. Implementing a three-tiered system that’ll merge PlayStation Now into Plus starting next month, those who subscribe to the highest tier, PlayStation Plus Premium, will get access to cloud streaming.

More clouds in the sky

Cloud gaming is nothing new, though it’s not always been that successful. OnLive was an early attempt that never became profitable, quickly fading into obscurity. PlayStation Now was somewhat steady, though it’s about to get merged into the upcoming PlayStation Plus rebrand. Otherwise, more recent efforts like Google Stadia and Amazon Luna haven’t exactly set the world alight.

So, what has Microsoft done differently? Personally, I’d put it down to two elements. Software sells platforms and – without trying to sound like a salesman here – this is where I’d argue Microsoft has Google, Amazon, and Sony beat. The first is giving players choice in how they can access these games.

By bundling it with Xbox Game Pass Ultimate, subscribers have access to over 350 games that have cloud versions, including Halo Infinite, Forza Horizon 5, and Sea of Thieves, that’s a strong pitch. Even more so when you remember Microsoft puts its newest games on the service immediately once they’ve launched, and players can access cloud gaming on console, mobile, and through a browser. Many of the mobile versions also have touch controls.

The other part is that this isn’t just limited to the cloud-only. Sure, if you’re specifically after cloud-based gaming, that’ll naturally be the biggest selling point, but this is a minority of players. Many still want local download options on PC, Xbox One, and Xbox Series X|S. You get the games library and the curious can try out Xbox Cloud Gaming without solely committing to it. To me, the decision not to offer this as a standalone product was a smart call.