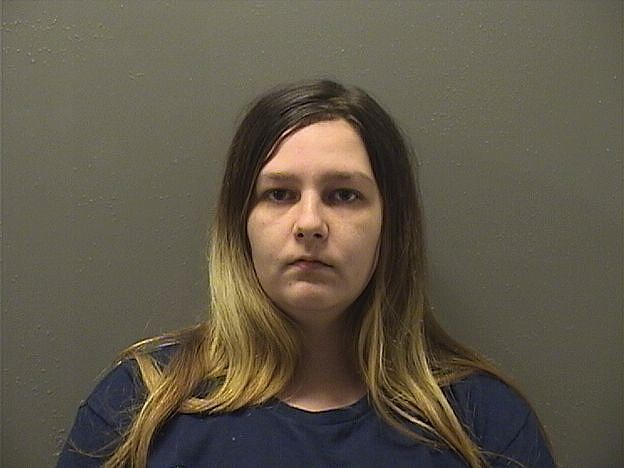 An Arkadelphia woman who lured a Hot Springs man to his shooting death at the hands of her boyfriend in 2020 was sentenced to a total of 15 years in prison Oct. 5 after pleading guilty in Garland County Circuit Court.

Chief Deputy Prosecutor Kara Petro noted that Andry will have to serve 70%, or about 10.5 years, of the latter charge before she is eligible for parole. Both charges stem from her role in the death of Joshua Ezekiel Severns, 20, of Hot Springs, whose body was found in Hollywood Park on March 14, 2020.

Andry’s boyfriend at the time, Payton Jason Mann-Douthit, 20, identified as the shooter, pleaded guilty on Jan. 3 to first-degree murder, reduced from an original charge of capital murder, and aggravated robbery and was sentenced to 40 years in prison, with 15 years suspended, on each count, to run concurrently, for a total of 25 years in prison.

Petro previously noted that Mann-Douthit was only 17 at the time of the shooting, so he could not be given the death penalty under Arkansas law, and had they gone to trial on the original capital murder charge and he was sentenced to life in prison he would have been eligible for parole in 30 years due to his age, so it was only a difference of five years.

Petro said the charge against Andry was reduced because she cooperated with Hot Springs police during their investigation and with the prosecution in the case and while she helped lure Severns to the location where he was killed, “she never went there. She wasn’t there when it happened.”

She said Andry had admitted she knew the plan was to rob Severns, but “she didn’t expect him to be killed. But she set him up and got him to go there thinking he was going to be meeting her.”

According to his obituary, Severns was a 2019 graduate of Hot Springs World Class High School, an avid skateboarder, artist and hiker. A memorial walk was held for him on March 24, 2020, with friends and family walking from Valley Hill Skate Park to Hollywood Park, where a memorial service was held.

According to the probable cause affidavit, which was obtained Thursday after being sealed for more than two years, on March 14, 2020, shortly after 11:30 p.m., police responded to 411 Hollywood Ave., commonly referred to as Hollywood Park, regarding gunshots heard in the area.

Officers located found Severns in the park deceased dead from two gunshot wounds. His pockets were “turned inside-out” and he did not have a cellphone or wallet on his person, which was “indicative of a robbery.” Officers found a knife in his back pocket and two spent .45-caliber casings next to his body.

Witnesses who live in the area stated they heard one gunshot “followed by someone yelling,” and then a second gunshot several seconds later. Severns’ body was sent to the state crime lab where an autopsy concluded that he was shot twice, once in the chest and once in the head. The affidavit notes that the only information released to the family or public was that he was shot.

Detective Sgt. Scott Lampinen, the lead investigator, interviewed two witnesses who were with Severns earlier that night who stated he had been in contact with an unknown female using an online social media app. He told them he was going to meet up with the female to “sell her about an ounce of marijuana and have sex.”

The two were initially going to meet at Hot Springs World Class High School, but then the female changed the location to her house “somewhere in the same area” but Severns didn’t tell them the address. Then Severns left his house on Rector Street at 9:20 p.m. to meet the female, taking the marijuana, his cellphone and wallet.

During the course of the investigation, witnesses stated that Severns and some of his friends were involved in an “ongoing dispute” with Mann-Douthit and some of his friends. Detectives interviewed the persons people involved in the dispute, including Mann-Douthit, on March 26, 2020. Mann-Douthit stated that he was home all night with his girlfriend, identified as Andry, “watching scary movies.” Detectives spoke to Andry, who “stated the same thing.”

On March 30, Lampinen obtained Severns’ Gmail account records, which included location-based services utilizing using GPS and Wi-Fi information that showed which directions Severns walked after leaving his house. It showed that he walked from Rector Street to Central Avenue and then to the area of Crawford Street and Golf Links Road.