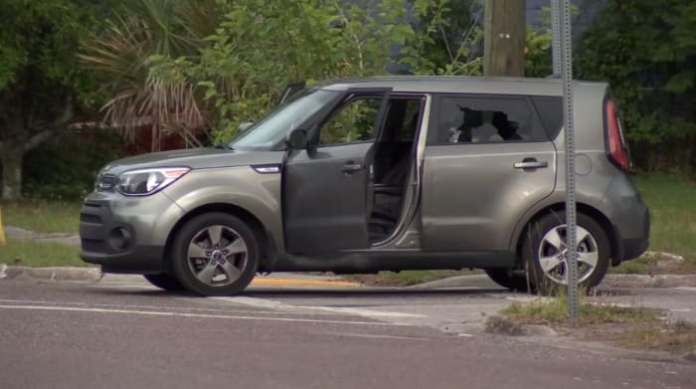 JACKSONVILLE, Fla. – A woman who was stopped at an intersection in her car Friday afternoon was shot and hospitalized for her injuries, but was expected to survive, according to the Jacksonville Sheriff’s Office.

Lt. Wilson, with the Sheriff’s Office, said police were called to the scene near the intersection of Lambert and East 10th streets around 4:30 p.m. He said the woman was traveling north on Lambert and had stopped at the intersection, when another vehicle stopped next to her.

“Something was said from the suspect vehicle and then the suspect began shooting into the victim’s vehicle,” Wilson explained.

Wilson said the woman told investigators that the shooter was wearing a ski mask at the time of the shooting, but there’s information that leads police to believe the shooter may be known to the woman.

The shooter’s vehicle is believed to be a small green pickup or SUV. Anyone with information is urged to contact the Sheriff’s Office or Crime Stoppers.