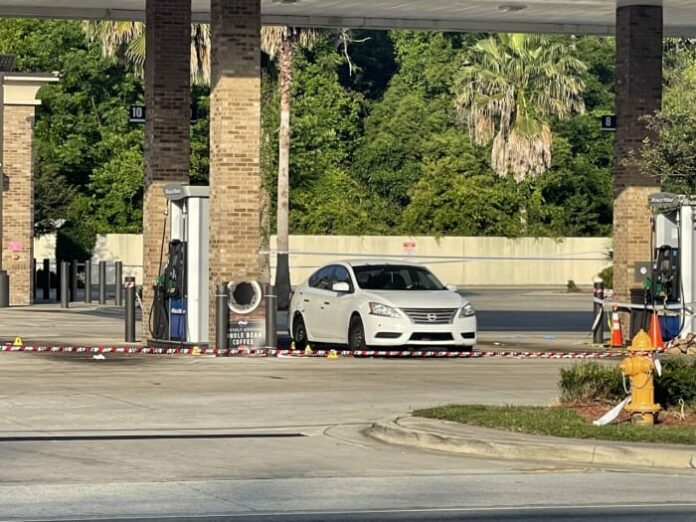 JACKSONVILLE, Fla. – A woman is dead after she was found shot to death next to a gas pump at a gas station in northwest Jacksonville.

According to the Jacksonville Sheriff’s Office, the woman was found dead lying against the gas pump next to a car at a Racetrack gas station on Lem Turner Road.

The car was shot at least six times that News4JAX could see. There were also around 30 evidence markers in the back of the parking lot of the gas station.

There are least 30 evidence markers in the back of the parking lot. A man who came to the scene told me he heard what sounded like 50-75 rapid fire gun shots. @wjxt4 pic.twitter.com/bDXcccxHHG

A witness told News4JAX they heard what sounded like 50-75 rapid-fire gunshots.

Police believe the shooting happened around 2:30 a.m., but do not know exactly what happened. No other details were released.

It’s not clear if the woman was the intended target or an innocent bystander.

The shooting was one of four separate incidents across the city Sunday morning that resulted in three deaths.

Anyone with information is asked to contact the Jacksonville Sheriff’s Office at (904) 630-0500 or you can remain anonymous by contacting Crime Stoppers at 1-866-845-TIPS.