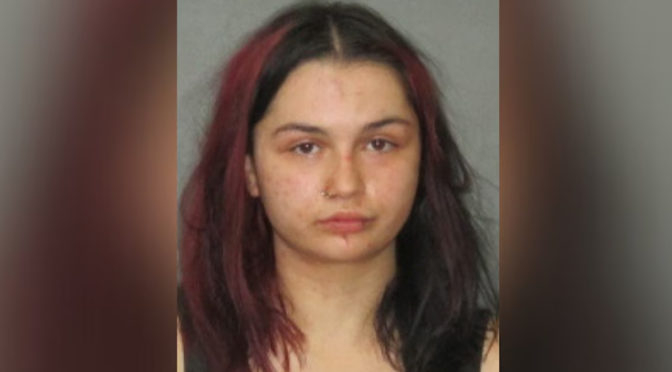 BATON ROUGE – A woman was arrested early Saturday morning after she allegedly stabbed her boyfriend because he had urinated in their bed.

Officials say that on Saturday, January 14, deputies received a call to visit a local hospital in order to investigate a stabbing.

According to arrest records, Lacost and her boyfriend had spent the night out and were drinking heavily before returning to their home on Meadowview Avenue Saturday morning, around 3:30 a.m.

The victim reportedly told detectives that he was sleeping when his girlfriend angrily woke him up and began hitting him for wetting the bed.

The claimed that he tried to restrain Lacost, but she allegedly would not stop hitting him. And when he tried to leave their home and escape to a nearby family member’s home, the victim claims that’s when his girlfriend charged at him with a kitchen knife in her hand.

According to deputies, the victim received stab wounds to the left side of his torso with a knife, and the stab wound was so deep that it even punctured his lung.

Deputies also claim that Lacost admitted to them about the stabbing, but claimed it was after her boyfriend allegedly choked her during their initial altercation.

Lacost also claims she attempted to administer medical aid to her boyfriend and tried to get him to the hospital after the stabbing.

Lacost has since been charged with attempted second-degree murder and has been booked into the East Baton Rouge Parish Prison.