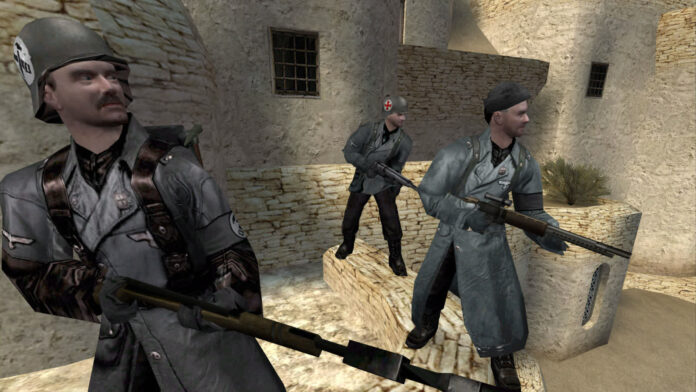 In brief: A fan-favorite first-person shooter has appeared on Steam nearly 19 years after launch alongside a handful of others as a result of the Bethesda.net Launcher being shut down soon. Wolfenstein: Enemy Territory is an objective-based multiplayer shooter that supports up to 32 players (16 per side) and is set during World War II. You’ll fight either as a member of the Allies or Axis across maps based on real-world locations.

The game arrived on May 29, 2003. Developer Splash Damage originally planned to launch the game as a commercial expansion for Return to Castle Wolfenstein, but problems with the single-player campaign prompted them to release the multiplayer aspect as a standalone, freeware game. Less than a year later, publisher Activision made the game’s source code available to modders.

Wolfenstein: Enemy Territory has been available from other outlets, including directly from Splash Damage, for a while now. With it now on Steam, players will be able to enjoy all of the benefits that come along with Valve’s popular distribution platform.

As you may already know, Bethesda’s Launcher is being sunset. Starting today, gamers can transfer their Bethesda.net library to their Steam account. The migration to Steam will include your game library and wallet, so you will not lose any content from your Bethesda.net account.

Starting May 11, you’ll longer be able to play games on the launcher, but you will still have access to the launcher and library for transfer purposes.