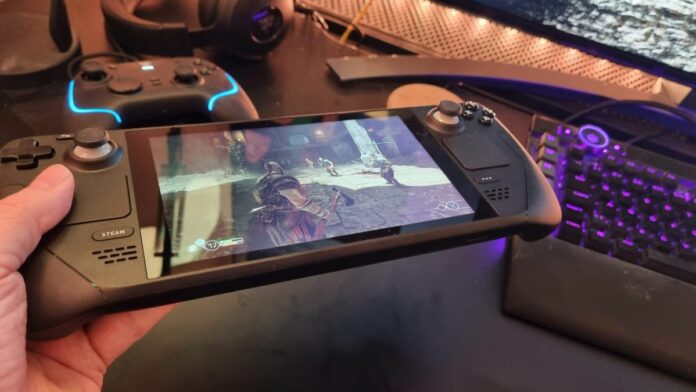 Windows 11 has officially arrived for the Steam Deck, with the ability to install Microsoft’s OS being wrapped up in a fresh update for Valve’s handheld gaming PC.

Previously, Windows 11 support had only been in testing, and therefore the operating system could only be installed by those running the beta version of SteamOS.

However, in the latest SteamOS update, Valve has made things official – via the introduction of support for fTPM (enabling firmware TPM on the Deck’s AMD CPU, which is a requirement for Windows 11) – meaning any Steam Deck owner can now install Microsoft’s operating system on their handheld, not just those running the beta.

Another important improvement which has progressed from beta to the full release is bolstering battery life in “idle or very low usage scenarios”, so that’s good to see. There’s another tweak in the name of battery longevity, too, which is an experimental Half-Rate Shading option (in the Quick Access menu, under Performance) which “forces 2×2 Variable Rate Shading into existing games for power savings”.

Check here for the full list of changes, and don’t forget as we’ve seen elsewhere, Valve has made a welcome introduction in the form of a lock screen for the Steam Deck, as well as some other client tweaks.

Those include a much-improved design for the Achievements page, and support for switching between active windows after tapping the Steam button (that’s particularly handy for those using game launchers).

Analysis: It’s now official – but is it worth the hassle of installing Windows 11?

This should mean that Windows 11 support is fully ironed out now for the Steam Deck – but of course, only time will tell. It’s hopefully a good sign that it didn’t take long for support to move from the beta channel to the full release of SteamOS (as the capability only hit beta just over three weeks ago).

From what we’ve seen thus far, those installing Windows 11 have had some positive comments to make about the experience. Clearly, you’re going to run into fewer compatibility issues with games that have, say, anti-cheat systems, which still remain a thorn in Valve’s side, and reports indicate other upsides such as a better touchscreen experience (and even battery life, but we’d take that with heaps of condiments).

Of course, there are pitfalls too, most obviously that you’ll doubtless still face driver issues even though Windows 11 support has moved from beta to official; so it may well be a case of swapping one set of problems for another.

Furthermore, you’re losing the simplicity of the streamlined SteamOS experience as well, and if you mostly play games from your Steam Library (and aren’t fiddling around with, say, third-party launchers), there’s a lot to be said for how well Valve has things working even at this relatively early stage (many of the most popular PC games on Steam already work well with the Deck).

We must also bear in mind that changing OS on the Deck won’t be for the faint-hearted – it isn’t a trivial endeavor for the less tech-savvy – and besides that, some of the major benefits of Windows 11 for gamers, like DirectStorage tech, won’t be realized for some time yet.

At this point, it’s probably still worth playing a waiting game rather than taking the plunge with Windows 11, unless you have some really compelling specific reasons (or specific games that don’t play nice with Proton) to want to shift platform with your Steam Deck right now.

It’s also worth considering that SteamOS needs to be supported by Deck owners, as more and more devices are shipped out there, meaning wider adoption for the OS, putting pressure on developers to make sure their games work well with its Proton compatibility layer. If a chunk of Steam Decks are heading off into Microsoft’s pastures with Windows 11 (or indeed Windows 10), then that takes away from this drive…