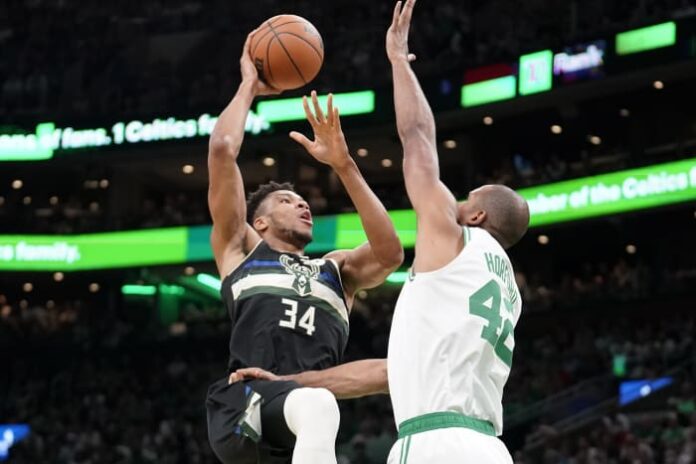 Boston will face top-seeded Miami beginning Tuesday in a rematch of the 2020 East finals. The Heat beat the Celtics in six games in that series at Walt Disney World.

The Celtics trailed early but outscored the Bucks 61- 38 in the second half to cruise to the victory. Boston used a whopping 54-point advantage from behind the arc to improve to 25-9 in decisive seventh games.

Giannis Antetokounmpo had 25 points, 20 rebounds and nine assists. But he was just 3 of 11 in the paint in the second half, including 1 for 6 the fourth quarter. Jrue Holiday added 21 points and eight assists. Brook Lopez finished with 15 points and 10 rebounds.