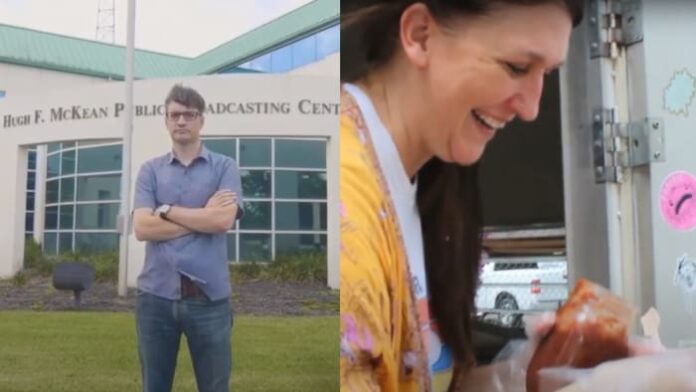 ORLANDO, Fla. – Movies can transport us just about anywhere, and two Central Florida filmmakers are doing just that, island hopping into the lives of a Kiwi and a Hawaiian this May.

As part of FusionFest’s monthly MYGration watch party, which aims to explore the lives of the area’s diverse cast of characters through film, a pair of directors will spotlight the lives of Matthew Peddie and Brandy Baker—Florida’s finest in fodder and food—on Facebook Live to celebrate the Native Hawaiian and Pacific Islander part of AAHNPI Heritage Month.

Thali Sugisawa is the executive director of FusionFest, the Orange County nonprofit behind these monthly film discussions, among other cultural projects, parades and events. She said the point of the program is to bring diverse stories to the surface.

When it comes to the MYGration films, her committee pairs a filmmaker and subject from different cultures together and gives them four days to make some movie magic.

“It’s kind of like a speed dating… (The filmmaker and subject) have the first conversation on a Friday and then they have Saturday to shoot, and you know, do any interviews… and then they have until Wednesday to submit that film,” she said.

Sugisawa said a lot of filmmakers who sign up have the gift of going deep and asking the right questions, leading to impactful and intimate storytelling.

Karluca Prieto and Setara McKenzie are no exceptions. They were the creative minds behind the latest shorts—”A Kiwi in Orlando” and “Hanalei”—which will feature in the monthly MYGration watch party from 7 to 8:30 p.m. on May 17.

During the social media showing, audiences can tune in from all around the world for a discussion among the filmmakers and subjects after the screening.

“Some filmmakers really know how to get into those deep feelings of… How do you feel here growing up into different cultures? How do you keep your culture alive? Did you suffer any bullying or how was, you know, how was the school that you went to?” Sugisawa said.

Prieto answers all this and more when the filmmaker puts a face to the voice heard around Central Florida. Peddie, former Intersection host for Central Florida’s NPR affiliates WMFE and WMFV and current Florida Matters host at WUSF Public Media, takes his turn in the spotlight as the subject of “A Kiwi in Orlando.”

In it, he introduces us to his family and favorite New Zealand dessert, all while explaining his journey from Canada to New Zealand to the UK to Japan then back to New Zealand before settling down in Orlando.

With a residency resume complex enough to confuse even Peddie himself, it’s obvious he knows a lot about diversity.

“The great thing about Orlando is it’s very diverse. As a journalist, as a person who is just kind of curious about people, it’s a really fascinating place to live and work. I mean, like a lot of stories, you wouldn’t necessarily think about end up having some kind of connection to Florida,” Peddie said in the film.

In a completely different approach, McKenzie shows how Baker, a native Hawaiian who owns Orlando’s Hanalei Shave Ice, has revisited and reinvested in a culture she was ripped away from at a young age.

While preparing traditional Hawaiian shave ice in her food truck, Baker explains how her Dad, Don Nolan Kaui Wills, a U.S. Marine originally from Hawaii, inspired her dream of opening up the business.

“It was something that was born out of love for my Dad. It was kind of an adventure for me to kind of learn my background and my upbringing and it’s something that just kind of captured my attention on a trip to Hawaii,” Baker, originally from the island of Kauai, said in the film.

Unlike Peddie, Baker didn’t learn about her roots until later in life, a side she’s since explored through her signature shave ice.

Sugisawa said Baker’s also a regular at other FusionFest parades and cultural events.

“I just really love that when someone gets plugged in with us (and) it’s like they become family,” Sugisawa said. “Our big goal in FusionFest is to share the message of we’re all for each other. So we’re here not only to share our culture and share who we are, but we’re here for others as well.”

The Japanese-Brazilian nonprofit leader said while she loves waving her home country flags in the air, she also wants all different backgrounds and cultures to bask in the spotlight.

“That’s our big goal. Like we’re all here for each other. We’re all Central Floridians no matter where we came from. Right now we live here. So how can we be together and develop a bit together and how can we collaborate and create something new?” Sugisawa said. “It’s proven that when people have different cultures and lifestyles, when they come together to work on something, they are more creative and innovative, and that’s exactly what we want… We want to be this hub of culture of collaboration and innovation.”

And she loves the idea of inspiring the youngest among us.

“I’m grateful that my daughter can see my journey. And, you know, my dream is to just inspire younger generations and show them we can do it. You can do it,” Sugisawa said.

The virtual MYGration film fest is free to stream on Facebook Live. To watch the films and participate in the conversation with the film subjects and their directors between 7-8:30 p.m., click here. To sign up as a filmmaker or film subject for future projects, click here. The application deadline is Aug. 1.