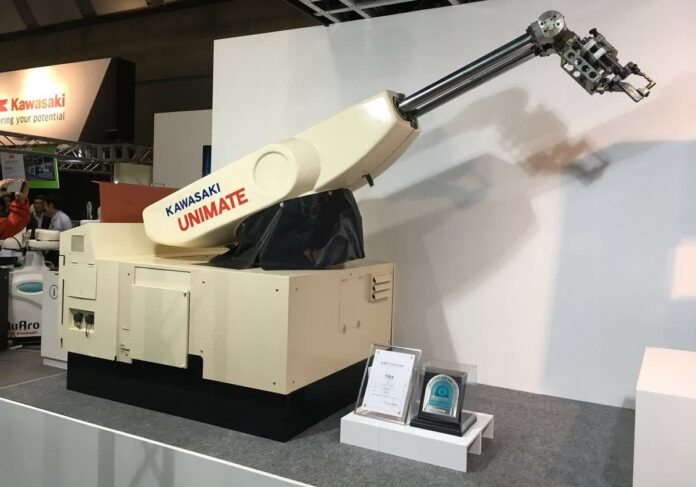 The first digital/programmable robot was called Unimate and was sold for a $35,000 loss to General Motors the same year its patent was approved. The Unimate was Filed for patenting by George Devol in 1954 (granted in 1961 — US Patent 2,988,237).

The machine was stationed at GM’s Ewing Township, New Jersey plant. The automaker used the 2,700lb Unimate to extract die-castings and weld them onto auto bodies. This was a dangerous task for workers, who might be poisoned by toxic fumes or lose a limb if they were not careful.

The original Unimate consisted of two large connected boxes and an arm which had systematic tasks stored in a drum memory. It wasn’t long before Chrysler, Ford and other manufacturers sought Unimates of their own and in short time, hundreds of the robotic arm were employed.