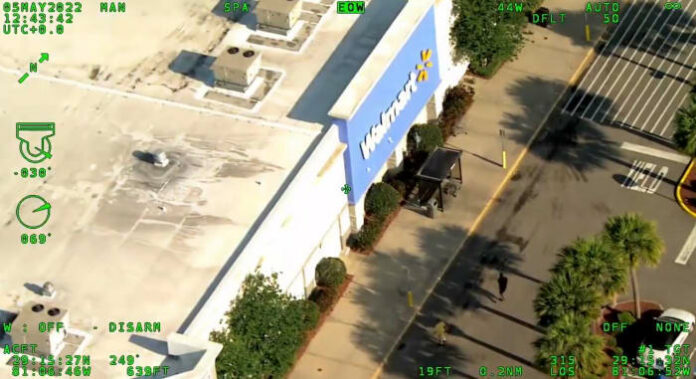 VOLUSIA COUNTY, Fla. – An accused drug dealer sped off from a traffic stop and ran into a Walmart while dropping a bag of drugs, according to the Volusia County Sheriff’s Office.

The sheriff’s office said New Smyrna Beach police attempted to stop a vehicle that was swerving with the driver’s door open while the man behind the wheel — identified as 30-year-old Letterick Jones — was offering to sell drugs to people nearby.

Deputies said the car stopped then sped off from police, heading toward Ormond Beach before Jones and his passenger, 32-year-old Jonathon Watson, ran from the car in the parking lot of a Walmart.

Volusia deputies ran after Jones, who dropped a bag of drugs, into the Walmart and then outside once again before being taken into custody.

Watson, the passenger, faces a charge of resisting an officer without violence and bonded out of jail.

Jones faces charges of fleeing or attempting to elude law enforcement, driving without a valid license, trafficking in heroin, possession of both crack cocaine and methamphetamine with intent to sell. He is being held on a $43,500 bond at the Volusia County Jail.