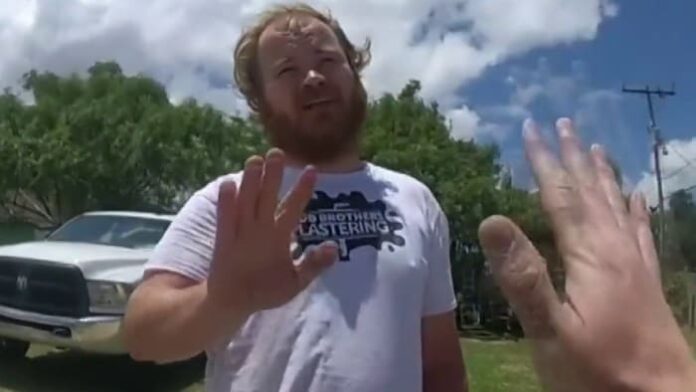 DAYTONA BEACH, Fla. – A Daytona Beach man was arrested after being accused of threatening to beat a city code enforcement worker to death with the tablet he was using to take pictures of the man’s property.

Police said a code enforcement worker was taking pictures of Sbrusch’s property because he had vehicles parked in his backyard, which is against the city’s code.

The code enforcement worker’s body camera video shows Sbrusch confronting the worker, claiming the vehicles had been there since 2006. The worker is taking the pictures with a tablet from the street, but Sbrusch keeps telling the man to get off his property, footage shows.

Then Sbrusch is heard on the video threatening to beat the worker to death with the tablet, at which point the worker tells Sbrusch that he is calling police.

Sbrusch was taken into custody for a charge of corruption by threat against a public servant.

See the video below. Warning: there is graphic language.