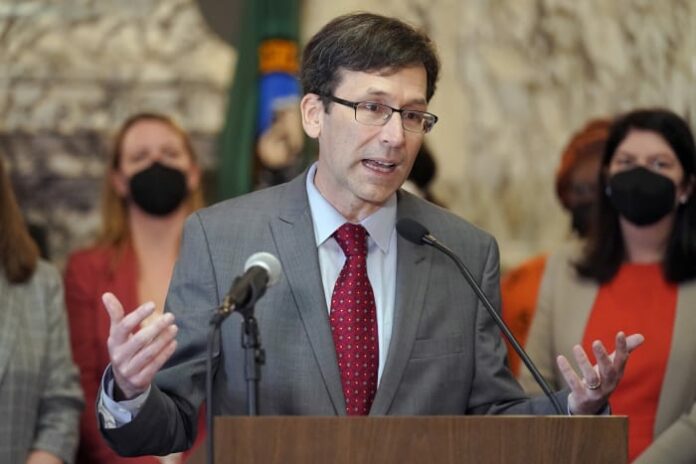 SEATTLE – Months into a complex trial over their role in flooding Washington with highly addictive painkillers, the nation’s three largest opioid distributors agreed Tuesday to pay the state $518 million, with the vast majority being directed toward easing the addiction epidemic.

Attorney General Bob Ferguson announced the deal, noting that it’s worth tens of millions of dollars more than Washington would have received from the companies if it had signed onto a national settlement reached last summer involving the distributors and Johnson & Johnson.

The agreement still requires approval from a judge and from dozens of Washington cities that pursued their own cases against the distributors — McKesson Corp., Cardinal Health Inc. and AmerisourceBergen Corp.

Under the settlement, the state would have to spend $476 million of the total to address the opioid crisis, including on substance abuse treatment; expanding access to overdose-reversal drugs; and providing housing, job placement and other services for those struggling with addiction. The rest of the money would go toward litigation costs.

“We could have joined the overwhelming majority of states and settled with the the largest opioid distributors, but we chose to fight them in court instead,” Ferguson said. “That decision to take them to court will result in significant additional resources for Washington to combat the opioid epidemic.”

The three companies announced earlier this year that 46 states had signed onto the national settlement, under which they will pay nearly $20 billion over 18 years.

Ferguson, a Democrat, declined to join, calling what would have been the state’s $418 million share from the distributors insufficient. Instead, he decided to go to trial against the three distributors and separately against Johnson & Johnson.

The case against the distributors went to trial last November in King County Superior Court in Seattle, alleging violations of consumer protection and public nuisance laws, while the lawsuit against Johnson & Johnson is scheduled to go to trial in September.

The attorney general argued that the three companies shipped such a vast amount of drugs to Washington that it was obvious they were fueling addiction: Opioid sales in the state rose more than 500% between 1997 and 2011. In 2011, more than 112 million daily doses of all prescription opioids were dispensed in the state — enough for a 16-day supply for every resident. In 2015, eight of Washington’s 39 counties had more prescriptions than residents.

The companies rejected the accusations. They said they merely supplied opioids that had been prescribed by doctors, and it wasn’t their role to second-guess the prescriptions or interfere in the doctor-patient relationship.

Further, the companies argued, Washington state itself played a large role in the epidemic. In the 1990s, concerned that people in chronic pain were being undertreated, lawmakers passed the Intractable Pain Act, which made it easier to prescribe opioids.

In a written statement Tuesday, the distributors said the settlement “will further the companies’ goal of achieving broad resolution of governmental opioid claims while delivering meaningful relief to communities across the United States that have been impacted by the opioid epidemic.”

Over the last two decades, the deaths of more than 500,000 Americans have been linked to overdoses of opioids, including both prescription pain kills and illicit drugs such as heroin and illegally produced fentanyl.

Across the U.S., many lawsuits filed by governments over the toll of the drugs have been resolved in recent years — most with settlements, and some with judgments or verdicts in trials. So far, drug makers, distributors and pharmacies have agreed to settlements totaling well over $40 billion, according to an Associated Press tally.

The new Washington state settlement stands as the largest between a single state and a company or group of companies, topping a $484 million deal announced in March between CVS and Florida.