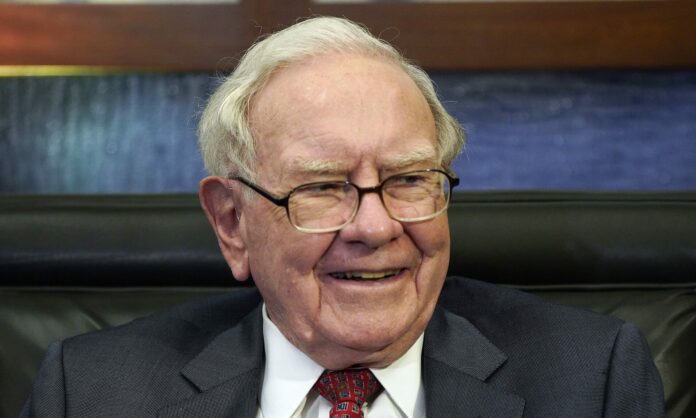 What just happened? If someone offered you all the Bitcoin in the world for $25, you’d be unlikely to turn it down, given that BTC has a market cap of around $746 billion. But Warren Buffett, better known as the third-richest man in the world, wouldn’t take that deal because Bitcoin isn’t actually worth anything or produces anything, according to him.

Berkshire Hathaway CEO/chairman Buffett has made his feelings toward crypto clear in the past; he once called Bitcoin “rat poison squared.” At his company’s annual shareholder meeting on Saturday, Buffett once again rallied against digital currencies and why he believes they are a poor investment.

“If you told me you owned all the bitcoin in the world and you offered it to me for $25, I wouldn’t take it,” Buffett said. “What would I do with it?”

Buffett tells people where they can stick their Bitcoin

Rather than just colorfully expressing his feelings toward Bitcoin, Buffett, on this occasion, gave a more detailed explanation as to why he seemingly hates it so much.

“If you said… for a 1% interest in all the farmland in the United States, pay our group $25 billion, I’ll write you a check this afternoon,” the investor explained. “[For] $25 billion I now own 1% of the farmland. [If] you offer me 1% of all the apartment houses in the country and you want another $25 billion, I’ll write you a check, it’s very simple. Now if you told me you own all of the bitcoin in the world and you offered it to me for $25 I wouldn’t take it because what would I do with it? I’d have to sell it back to you one way or another. It isn’t going to do anything. The apartments are going to produce rent and the farms are going to produce food.”

Berkshire Hathaway vice chairman and Buffett’s long-time business partner, Charlie Munger, has been even more critical of Bitcoin in the past. He said holding onto crypto was “stupid” as he predicts its value will fall to zero in time, the crypto is “evil” because it undermines the integrity and stability of the US financial system, and it makes the US “look foolish” because China was sensible enough to ban it.

“In my life, I try and avoid things that are stupid, evil, and make me look bad in comparison to someone else,” Munger said. “Bitcoin does all three.”

It’s often been said that crypto-love among billionaires is a generational thing. Fifty-year-old Elon Musk is a huge fan who constantly tweets about the likes of Dogecoin. Sixty-six-year-old Bill Gates isn’t too enthusiastic; 91-year-old Buffett hates it; and 98-year-old Munger, who was born in the same year Lenin died, seems to think it’s the work of the devil.

Buffett might not like crypto, but he apparently believes in the earning power of video games. Berkshire Hathaway has raised its stake in Activision Blizzard from 2% as of the end of year to 9.5%, worth around $5.6 billion.

It’s an especially interesting move by Buffett, who says it was entirely his decision, seeing as the Microsoft acquisition of Activision Blizzard is in doubt due to the FTC’s scrutiny of the deal. The company’s shares are currently at $75, way below Microsoft’s offer of $95 per share and the $82 they reached following news of the acquisition.

As reported back in February, the uncertainty around the deal stems from the US Federal Trade Commission (FTC) looking into the acquisition. Buying Activision Blizzard would make Microsoft the third-largest video game company after Tencent and Sony, and that’s brought the attention of regulators examining potential antitrust issues.