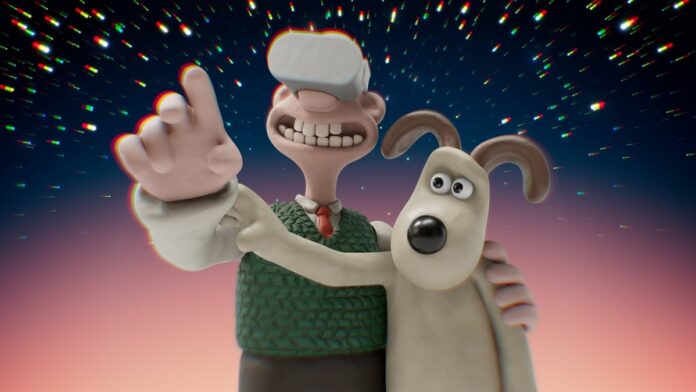 Stop-motion icons Wallace and Gromit are to star in a new video game adventure that will let you get hands-on with the Yorkshire duo’s wild contraptions in VR.

The Grand Getaway is described by creative studio Aardman Animations as an “interactive, narrative-led, single-player VR experience”, in which you’ll join Wallace and Gromit on an adventure that’s gone horribly wrong.

After setting off for a seaside holiday, the pair find that their latest contraption, the Auto-Caddy, has run amok. You’re left to walk around the immersive world and interact with their various inventions to set things right again.

This is the first time Wallace and Gromit have come to VR, although they previously starred in the augmented reality mobile game Big Fix Up, released in 2020. The upcoming title is expected to launch on Meta Quest 2 – previously known as Oculus Quest 2 – sometime in 2023.

Aardman Animations has teamed up with AR and VR production company Atlas V to create The Grand Getaway and says series creator Nick Park has also lent his support to the project. It will also feature the voice of Ben Whitehead, who took over as the official voice of Wallace after the character’s original voice actor, Peter Sallis, retired from the role in 2010.

“For loyal fans of Wallace & Gromit, this will be real wish-fulfillment territory,” says Aardman managing director Sean Clarke about the game.

“After watching the characters on screen for decades, they will now have an opportunity to step into their world and play an active role in this new story as it unfolds.

“For those new to the characters, it’s the ultimate way to get to know them, the humor, and the hijinks that have made them so popular.”

Another Aardman game is coming

Aardman Animations has at least one other video game in the pipeline, too. A series of job listings posted a few months back revealed the creative studio is currently working on a “mad, open-world” game based on an original IP.

Although it won’t feature Wallace and Gromit, the job adverts suggested it will share the whimsical style and humor that the studio’s stop-motion films have become so well-known for. The 3D action-adventure game also sounds very ambitious, with the team hoping to create a roster of compelling characters set in an arresting world driven by a narrative focus.

There’s no word as to when that game will make its way into public hands, but The Grand Getaway might fulfill your hankering for Aardman’s signature humor and craftsmanship until then.

In the meantime, Oculus Quest 2 continues its slow trudge to death, as Meta puts its full force behind rebranding the VR headset, and its peripheral features, with the Meta name and logo.