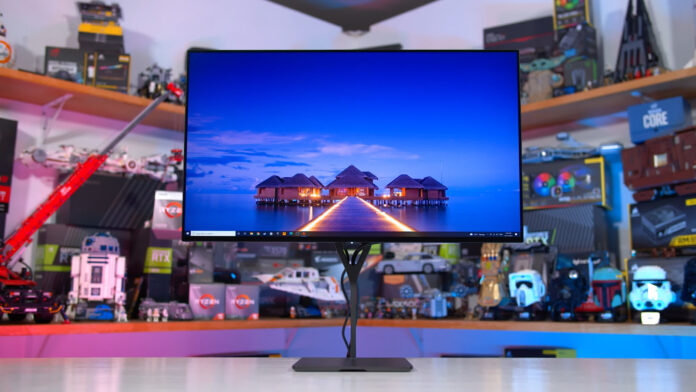 The Video Electronics Standards Association (VESA), has just announced a new certification program to make it easier for consumers to choose a suitable variable refresh rate (VRR) display. The new standard will join others implemented by the organization, including Displayport, display mount, and the DisplayHDR certifications.

Variable refresh rate is a technology that allows displays to change refresh rates on the fly between a specific range, eliminating stutter and tearing. Nvidia’s G-Sync and AMD’s FreeSync are manufacturer-specific VRR solutions, but VESA introduced native VRR support with the Displayport 1.2a revision back in 2014. Graphics processors from AMD, Intel, and Nvidia now all support this standard.

Nvidia and AMD already have proprietary VRR display certification programs, but they don’t specify which tests and display settings are involved. Hopefully, VESA’s program fixes this by being more open about its testing procedures and stricter over which displays get to pass.

Today, VESA is rolling out two tiers with two respective logos that manufacturers can use if their device passes. The association won’t test any “overclocked” refresh rates manufacturers offer in the OSD. All certification is done on factory default settings, meaning that the out-of-box mode has to have reasonable pixel response times without unusable undershoot or overshoot.

The first certification is AdaptiveSync, and it’s mainly designed for gaming monitors. It requires displays to have a minimum refresh rate of up to 60Hz and a maximum of at least 144Hz. The logo will feature the maximum refresh rate supported by the display. Low Framerate Compensation support is also mandated, which helps units stay within the VRR range even if the frame rate drops below the minimum refresh rate.

The standard also tests displays for flicker, dropped frames, jitter, and gray-to-gray (G2G) response times, which must be below 5ms. It doesn’t sound too impressive, considering many monitors nowadays advertise response times under 1ms. However, VESA’s tests will be a lot stricter.

Firstly, VESA will conduct tests at a tightly-controlled ambient temperature of 22.5C-24.5C. Temperature consistency is essential because response times considerably improve the hotter a display is. Secondly, VESA will only consider the average response time of 20 different G2G transitions rather than cherry-picking the best one. Finally, overshoot and undershoot must be below certain thresholds during all tests.

The second specification, MediaSync, is lower-end and focuses on proper VRR operation for media playback and content creation. It requires a relatively-narrow refresh rate range of at least 48-60Hz, but VESA still tests for flicker, overshoot, undershoot, and, most importantly, jitter.

On a non-VRR 60 Hz display, watching a 24 fps movie will result in even frames being displayed for three refresh intervals, while odd ones are shown for two. This is called 3:2 pulldown, and it results in jitter. MediaSync-certified displays will fix this, using frame doubling as necessary to bring up the lowest framerates to the refresh rate range of the monitor, with jitter limited to 1ms.

Of note is that VESA only tests and certifies Displayport-capable displays, like monitors and laptops. You can take a more in-depth look at the testing methodology and certifications here.