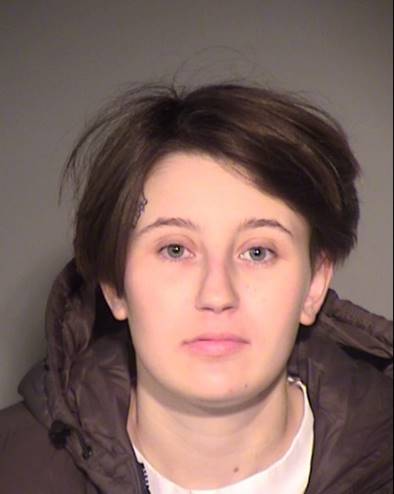 A Ventura woman on Tuesday was sentenced to six years and four months in state prison for human trafficking of a minor, according to the Ventura County District Attorney’s Office.

Alessandra Huber-Perez, 21, was contacted by law enforcement multiple times in 2021 while she was with an underage victim. Then, on May 15, 2021, Huber-Perez threatened the victim with a knife and reportedly prevented her from leaving a residence.

Huber-Perez was found with the victim again on June 18 when Ventura Police officers were conducting a traffic stop, according to Ventura County District Attorney’s Office spokesman Joey Buttitta.

Officers searched their phones and found that Huber-Perez arranged commercial sex acts involving the victim, and cell phone records and further investigation showed that she was trafficking the underage victim, according to Buttitta.

She pleaded guilty to human trafficking of a minor, false imprisonment, and furnishing a controlled substance to a minor on Aug. 12, 2022. She was sentenced to six years and four months in state prison and will also have to register as a sex offender.