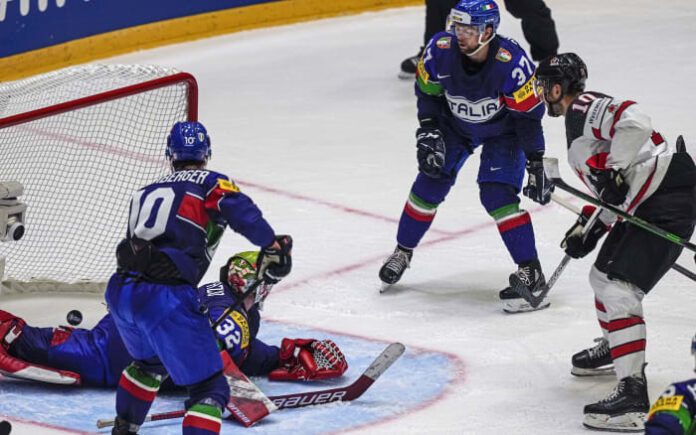 TAMPERE – Luke Hughes scored with 1:57 left in overtime to complete a United States comeback from two goals down to edge Austria 3-2 at the ice hockey world championship on Sunday.

Benjamin Nissner scored in the first period and Paul Huber added another early in the second to give Austria a 2-0 lead in the Group B game in Tampere. Kieffer Bellows started the comeback later in the second before Adam Gaudette tied it with a power-play goal in the final period to force overtime.

Canada followed suit in less dramatic fashion, cruising to a 6-1 win over Italy for its second victory of the tournament.

Josh Anderson and Dysin Mayo led the Canadians with a goal and an assist each in the Group A game in Helsinki. Phil Pietroniro put Italy 1-0 ahead in the opening period before Canada came back with six unanswered goals. Travis Sanheim, Nicolas Roy, Kent Johnson and Noah Gregor with a short-handed goal all also got in on the act.

Norway prevailed in a penalty shootout to defeat Britain 4-3 in Group B.

Captain Mathis Olimb scored two second-period goals to help build a 3-0 lead for Norway. Britain fought back with three goals in a span of 3:18 in the final period to force overtime.

Later on Sunday, Sweden will play the Czech Republic in the same group.