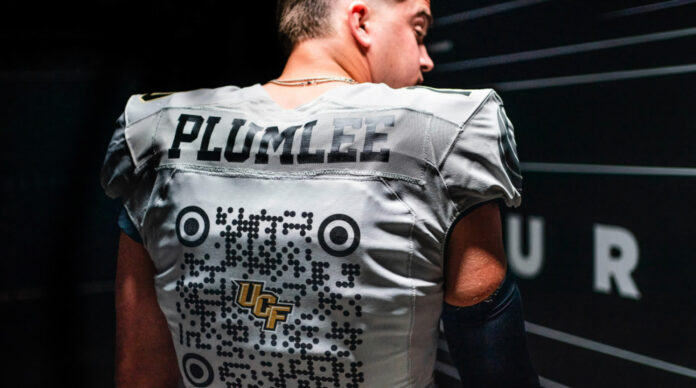 Forward-looking: The UCF Knights football team traded in the traditional numbers on the back of their jerseys for QR codes over the weekend. The idea behind the swap is to provide another way for the school to help promote players. As illustrated in a promotional video for the feature, fans can use their smartphone to scan the QR code to learn more about a particular student athlete.

The feature debuted during UCF’s annual spring game on Saturday.

UCF is no stranger to thinking outside of the box when it comes to player promotion. For last year’s spring game, the school replaced players’ last names with their Twitter handles.

While an innovative use of QR codes under the NCAA’s new name, image and likeness policy, it isn’t all that practical. Fans in the stands would have to zoom way in and try to capture codes as players are racing up and down the field. Watching at home on television, you’d presumably just have to wait for a replay or the camera to single out a player you are interested in. By that time, you could have just looked up a player’s stats much faster on your own.

In reality, it’s little more than a marketing stunt / gimmick designed to get the attention of recruiting targets. Teens have a propensity for new ideas that could make them stand out from the crowd, and something like this certainly accomplishes that goal. It was only used in the spring game and almost certainly won’t make it into regular season games later this year.

Still, it’s better than the advertising the NBA permits on game-worn jerseys.