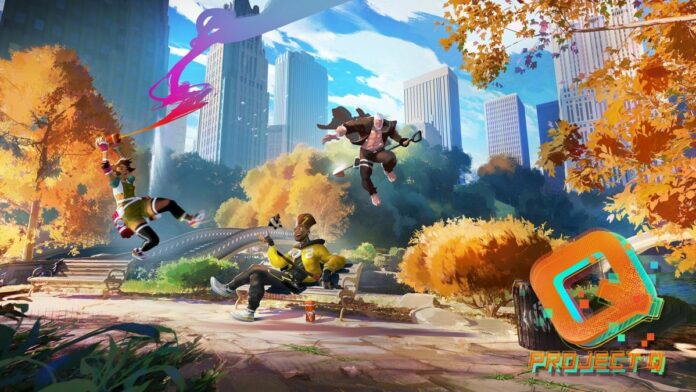 Ubisoft has announced a new shooter, codenamed Project Q, in the face of recent leaks that gave details on the upcoming title.

The existence of Project Q has been known for some time now. It was first mentioned as part of last September’s Nvidia Geforce leak, which let slip a ton of unannounced projects. This came to a further head thanks to a recent report from Exputer, which detailed that the game is a PvP battle arena game.

Within that report was footage of a recent playtest showing a third-person shooter with abilities and colorful environments. There are also items you can swap out to modify your build on the fly.

Instead of playing coy, Ubisoft has decided to take charge and announce the game a little early. In reference to the leaks, Ubisoft tweeted: “So, we heard you heard… “

The publisher shared some extra details alongside the announcement, perhaps the most exciting being that you can sign up for a public test which will let you go hands-on with the title. To do that, head over to the Ubisoft website and fill out your information, including which platform you want to play on. You can choose between PC, PS5, PS4, Xbox Series X|S, and Xbox One. That being said, there’s no indication of when this testing phase may take place.

Ubisoft shared two further interesting pieces of information about Project Q, the first of which is that it’s not a battle royale. In a tweet, Ubisoft said:

By the way, this is not a Battle Royale. The game will feature a variety of PvP modes with one single goal in mind: FUN!April 23, 2022

Instead, the game is a low-player count arena shooter, which Ubisoft seems to be indicating makes it more fun. This move away from battle royale distances the title from one of the publisher’s more recent failures in the form of Hyper Scape. That game failed to take off and is closing its servers later this week, on April 28, after only coming out in the summer of 2020.

Speaking of the publisher’s failures, Ubisoft also announced that, at least for now, NFTs won’t appear in the game. They tweeted:

We don’t have plans to add NFTs to this game, you can find out more by registering and taking part in the upcoming tests!April 23, 2022

Ubisoft Quartz, the publisher’s NFT project, has had a rough time recently. It’s suffered from low interest, and sold NFTs for Ghost Recon: Breakpoint mere months before it was announced that updates for the game would stop, essentially ending support for the title.

It’s not clear if distancing itself from both battle royales or NFTs will make Project Q more palatable to players, but it can’t hurt. With a slew of rough launches and odd business decisions, chiefly its investment into NFTs, the publisher could do with a win.