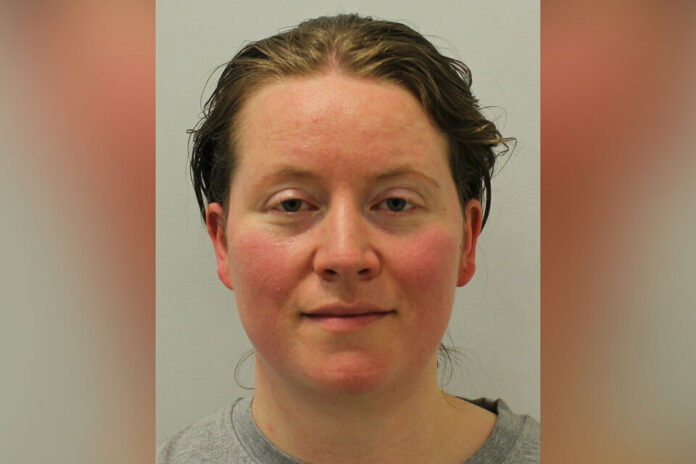 A woman accused of murdering her elderly, vulnerable friend to collect the woman’s inheritance and then hauling the victim’s remains around England will spend decades behind bars.

Jemma Mitchell, 38, was sentenced to 34 years in prison for a crime Judge Richard Marks called “extremely devious,” according to Sky News. Friday’s sentencing comes one day after Mitchell was found guilty at the Old Bailey in London for the 2021 murder and decapitation of 67-year-old Mee Kuen “Deborah” Chong, as announced by the Metropolitan Police.

“You have shown absolutely no remorse,” Marks said at Friday’s hearing. “It appears you are in complete denial as to what you did, despite the overwhelming evidence against you.

“The enormity of your crime is profoundly shocking — even more so given your apparent religious devotion, as well as the fact that Deborah Chong was a good friend to you and had shown you good kindness,” Marks added.

Reading from a victim impact statement, the victim’s sister, Amy Chong, said she was still “shocked and saddened” by Chong’s murder, according to The Guardian.

“We still do not understand how she died,” said the sister via video. “Did she suffer? This mystery will haunt me forever.”

Mitchell and Chong had become friends through a local Christian church group, according to London officials. Mitchell worked in alternative therapy and was said to be Chong’s self-styled spiritual healer.

Police said the pair had a falling out after Chong allegedly agreed to loan Mitchell money when builders allegedly cheated Mitchell and her mother out of renovations to their London home.

Prosecutors say Chong backed out of the deal just days before the murder, according to police.

Prosecutors believe Mitchell’s financial situation and the broken promise were the motive behind Chong’s murder.

Surveillance video reviewed by investigators captured Mitchell going to Chong’s Wembley home with a suitcase on the morning of June 11, 2021. When Mitchell reappeared nearly five hours later, she instead had two large, wheeled suitcases, which “appeared to be heavy,” according to police.

“That large suitcase contained Deborah Chong’s body,” said Judge Marks, according to Sky News. “I have no doubt that you killed her when inside her house.”

Mitchell then loaded the luggage in a taxi and took it back to her residence a few miles away.

Mitchell’s mother, Hillary Collard, would later tell reporters the suitcases were filled with “crockery, cutlery and tea towels,” according to the BBC.

Inspector Eastwood said they “could only speculate” about what Mitchell possibly did with Chong’s body during the two weeks at Mitchell’s home.

Prosecutors say that, on June 26, 2021, Mitchell loaded Chong’s body into the trunk of a rental car and drove to the seaside town of Salcombe in Devon — more than 200 miles southwest of London. Around this time, Mitchell also e-mailed a missing persons report to a charity and messaged one of Chong’s tenants, claiming that Chong went “somewhere close to the ocean” to spend a year with her family.

Chong’s headless body was found the following day in Devon on an “overgrown pathway” near the ocean.

Despite her “advanced state” of decomposition, a postmortem examination revealed Chong’s skull — found meters from her body — contained a fracture “consistent with an assault.” However, an official cause of death could not be determined.

Following police interviews with Mitchell’s acquaintances, she was arrested on July 6, 2021.

Following Mitchell’s arrest, investigators found evidence that she stole the identity of a deceased neighbor to forge documents in an attempt to inherit 95 percent of Chong’s estate, according to police. BBC reported Chong’s home was valued above £700,000 (about $810,000).

“What we do know is that these were evil acts carried out by an evil woman, and the only motive clearly was one of financial gain,” Eastwood stated.

The defendant’s mother told reporters she was “absolutely agog” following the sentencing and vowed to appeal the decision.