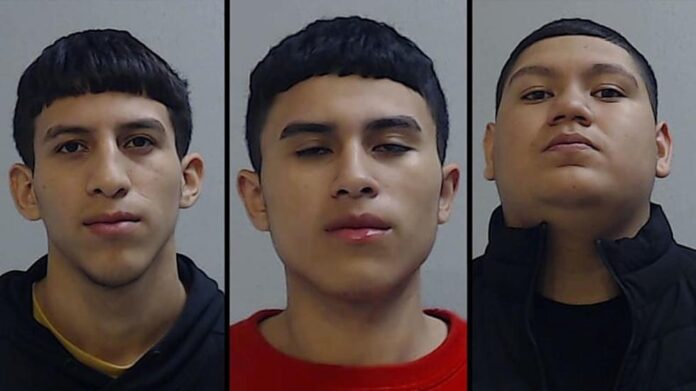 Many feel that anyone who se*ually abuses a child should be publicly humiliated and then brought to justice outside of the court system. Obviously, this isn’t legal but man oh man if it only was. Two brothers, and a friend, in Hidalgo County, in far Southern Texas, are being publicly applauded after they were arrested for beating their stepfather to death when they found out he se*ually abused their 9-year-old sister.

Alejandro Trevino, 18, Christian Trevino, 17, and Juan Eduardo Melendez, 18, have all been arrested in the death of 42-year-old Gabriel Quintanilla. Pharr Police received a call that a minor had been inappropriately touched at an RV park. It turned out that minor is the daughter of Quintanilla and the half sister of Alejandro and Christian. When the two brothers and their friend, Juan Melendez, found out what happened, they confronted Quintanilla and a fight ensued.

The boys put Quintanilla in the back of their truck and dumped him in a field in McAllen where he was found by a farmer.

Charges Brought Against the Boys and a History of Abuse

Records also show that Gabriel Quintanilla had a warrant out for sexual abuse of a child and assault family violence. So this man has had a history of this type of abuse.