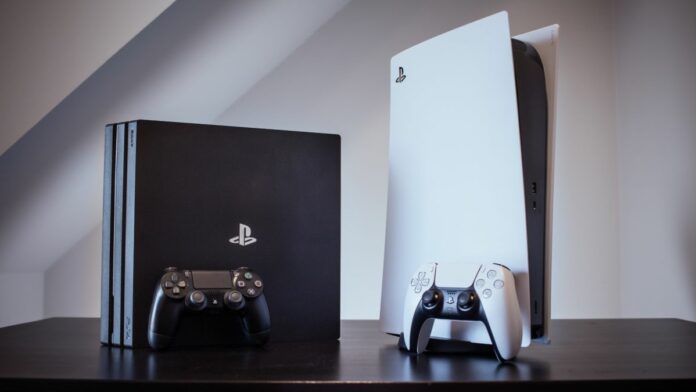 I tend to buy the majority of my games digitally on PS5, simply because I’m too lazy to get off my couch and switch discs. Yes, I know they’re often more expensive, but the convenience that digital games offer tends to justify the extra cost for me.

However, when it comes to PS4 to PS5 upgrades, there’s been some real bargains to be had if you picked up the physical versions. For that reason, I opted to buy physical copies of Final Fantasy 7 Remake and Death Stranding, purchasing the games for significantly less than their digital equivalents and upgrading to the PS5 version for no extra cost (or a cheeky £10 fee in Death Stranding’s case).

Unfortunately, though, the way the PlayStation 5 handles PS4 discs that are upgraded to the next-gen version is nothing short of irritating – to the point where it’s stopping me from buying any more physical games.

So what’s the problem exactly? Well, when you insert a PS4 disc into your console, you can either choose to install it or upgrade it to the PS5 version. It’s a slightly cumbersome process, particularly compared to how Smart Delivery on Xbox Series X|S will automatically install the best version of the game available, but at least it’s easier to determine which console version you’re actually installing.

Once that’s done, and your fancy new PS5 version is ready to play, you’d like to think you could delete the PS4 icon from the home screen as, obviously, it’s now obsolete. But that’s sadly not the case.

Every time I start my PS5, I’m presented with the PS4 versions of my games, often ahead of their sparkly PS5 upgrades. Not only does this serve to clutter up the home screen, but it’s surprisingly easy to click on the wrong version and accidentally begin the installation process for the PS4 version.

Worse still, some games don’t offer unique icons for their PS4 and PS5 versions, which means you’re relying on the small “PS4” or “PS5” label to distinguish which version you should actually click on, which is hardly ideal.

Unfortunately, there’s no way of preventing the PS4 icons from appearing right now, as they’ll pop up every single time the PS5 reads a disc in the drive. Speaking of which, I really wish the disc drive wouldn’t spin up as frequently as it does – if I’m not playing that particular game, the console shouldn’t need to constantly check whether I have the digital license or not.

It doesn’t have to be this way

While the PS4 icon ultimately serves to show there’s a disc in the console, you’d like to think Sony could figure out a more elegant way of overcoming this problem. It’s clearly possible, as the same situation doesn’t occur on Xbox Series X. If you insert an Xbox One game that’s been optimized for Xbox Series X, you’ll only see one icon, not two versions to choose from. Put the same game in an Xbox One, and you’ll only be granted the version that can be played on that hardware: the Xbox One version. Simples.

Strangely, this icon issue wasn’t actually a problem when the PS5 launched. Sony’s console would previously show one icon for both PS4 and PS5 versions of the game, and you could select which one you wanted to launch. However, there were countless stories of people playing or installing the wrong version of the game, thinking it was the PS5 version. This led Sony to separate the two, creating one solution, along with the problem we have now.

It may seem trivial, then, but the way the PS5 handles PS4 discs that have been upgraded does make me second-guess whether to buy a physical copy. I’d rather not have to deal with this annoying issue, and knowing that it doesn’t occur with digital copies, as you can simply delete the PS4 version once you have the PS5 version installed, is another reason to dodge buying discs for now, at least.