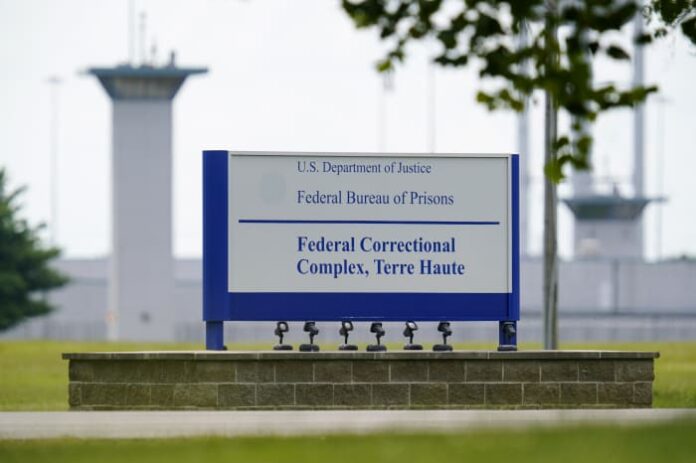 An ongoing Associated Press investigation has uncovered deep, previously unreported flaws within the federal Bureau of Prisons, the Justice Department’s largest law enforcement agency, whose secrets have long been hidden within its walls and barbed-wire fences.

The AP’s reporting has revealed layer after layer of abuse, neglect and leadership missteps — including rampant sexual abuse by workers, severe staffing shortages, inmate escapes and the mishandling of the COVID-19 pandemic — leading directly to the agency’s director announcing his resignation earlier this year.

Among the AP’s findings, so far:

—Sexual abuse: A permissive, toxic culture of predatory employees at a women’s prison in California, fueled by cover-ups that largely kept their misconduct out of the public eye for years. Among the accused is the prison’s former warden.

—Criminal misconduct: More than 100 Bureau of Prisons workers arrested, convicted or sentenced for crimes since the start of 2019, but the agency has turned a blind eye to employees accused of misconduct, in some cases failing to suspend them after their arrests.

—Escaping inmates: 29 prisoners escaped from federal prisons in an 18-month span, with nearly half still at large. At some institutions, doors are left unlocked, security cameras are broken and officials sometimes don’t notice an inmate is missing for hours.

—Superspreader executions: An unprecedented string of federal executions likely acted as COVID-19 superspreader events, just as health experts warned could happen when the Trump administration insisted on resuming executions during a pandemic.

AP writers Michael Balsamo and Michael Sisak started digging into the Bureau of Prisons after Epstein’s 2019 suicide. At first, they wanted to understand how the highest-profile federal inmate in decades was able to take his own life.

As they continued reporting, it became clear that the dysfunction surrounding Epstein’s suicide — guards sleeping and browsing the internet, one of them pulled from a different prison job to watch inmates, both working overtime shifts — wasn’t a one off but a symptom of a federal prison system in deep crisis.

The AP’s exclusive reporting has forced lawmakers to take notice.

Sen. Jon Ossoff, D-Ga., introduced legislation that would require the Bureau of Prisons to fix broken cameras. Sen. Dick Durbin, D-Ill., the chairman of the Senate Judiciary Committee, went to the Senate floor and read AP stories into into the congressional record as he demanded Attorney General Merrick Garland fire the agency’s director, Michael Carvajal.

A few weeks later, Balsamo and Sisak broke the news that Carvajal, a Trump administration holdover, and his top deputy were resigning.

These stories aren’t possible without the help of whistleblowers, inmates and their families, and anyone else who suspects wrongdoing or knows what’s going on and tells us about it.

There are several ways you can share your stories and tips with the AP:

— Visit https://ap.org/tips for instructions on how to share information confidentially and securely.