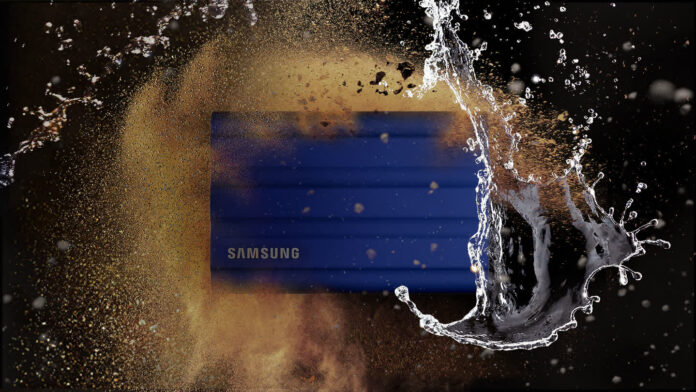 In brief: If you’re a regular user of portable SSDs but worry about fall damage, Samsung’s latest entry in its T7 line could be for you. The T7 Shield not only offers resistance to the elements but is also able to survive a ten-foot drop.

We’re big fans of Samsung’s T7 brand, having awarded the T7 Touch the Top Portable Storage award in our Best of Storage feature. The T7 Shield might not offer a fingerprint sensor like that model, but it’s a lot more rugged.

Samsung says the Shield’s rubberized exterior that protects its aluminum body lets the SSD survive a fall of 9.8 feet, more than the standard T7’s 6.5-feet limit. The outer rubber also works alongside Samsung’s Dynamic Thermal Guard controls to keep the drive from overheating, allowing it to maintain top performance even under heavy loads.

Unlike the previous models, the T7 Shield also boasts an IP65 rating for rain, dust, and crush resistance, though it does miss out on an IP67 rating for water submersion.

As for the performance of the drive itself, the T7 Shield uses the same PCIe NVMe flash as the other T7 drives, offering the same 1,050 MB/s read and 1,000 MB/s write speeds, which Samsung says is the fastest you’ll get using USB 3.2 Gen2.

The drive, which measures 88 x 59 x 13 millimeters, weighs 98 grams, has hardware encryption, and is compatible with PC, Mac, Android devices, gaming consoles, and more. It also comes with USB Type C-to-C and Type C-to-A cables in the box.