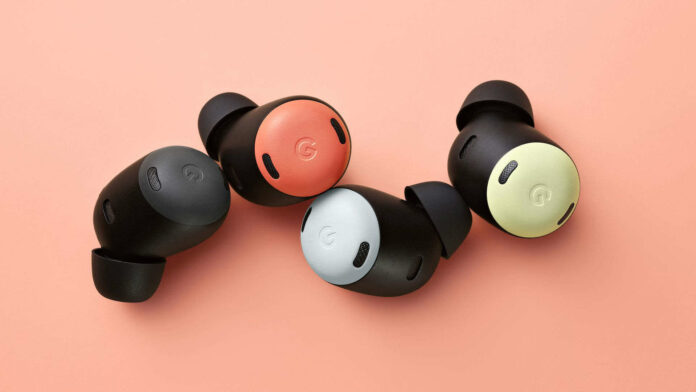 Highly anticipated: Google entered the wireless earbud market in 2017 with the release of its “Pixel Buds” wearables. The Buds have been iterated on a few times, with the latest version — dubbed the “Pixel Buds A-Series” — packing long battery life and beamforming mics into a budget-friendly $100 package. Now, Google hopes to offer a premium alternative in the form of the pricier Pixel Buds Pro.

For example, the Pros are the first Google-branded earbuds to feature Active Noise Cancellation. The company says this tech is supported by custom speakers and a “custom 6-core audio chip” running algorithms tuned by its audio engineering team. In theory, ANC should turn down the volume of the outside world and allow you to focus on your own audio, though we cannot rate its effectiveness without trying the Buds for ourselves.

Comfort was a big focus for Google with the Buds Pro. They contain something Google calls “Silent Seal,” which allows the buds to adapt to the shape of your ear and minimize audio leakage (incoming or outgoing), and “built-in sensors” to measure the pressure in your ear canal. The tech giant says this feature will get rid of the “annoying plugged ear feeling” that often comes with wearing any kind of earbuds, wireless or otherwise.

Google is leveraging its AI chops here by allowing the Buds to automatically switch which device it’s paired with on the fly with no manual input needed. For example, your Buds might be paired to your smartphone during a rainy walk to the office, but they may seamlessly pair to your laptop when you sit down at your desk. Speaking of rain, the Buds Pro offer IPX4 splash resistance, though that rating degrades to limited IPX2 spray resistance for their portable charging case.

The Pros have a sleek form factor, and come in four different colors: a salmon-y Coral, a light yellow Lemongrass, a blue-gray Fog, and black Charcoal. Pre-orders open up on July 21 through the official Google store.