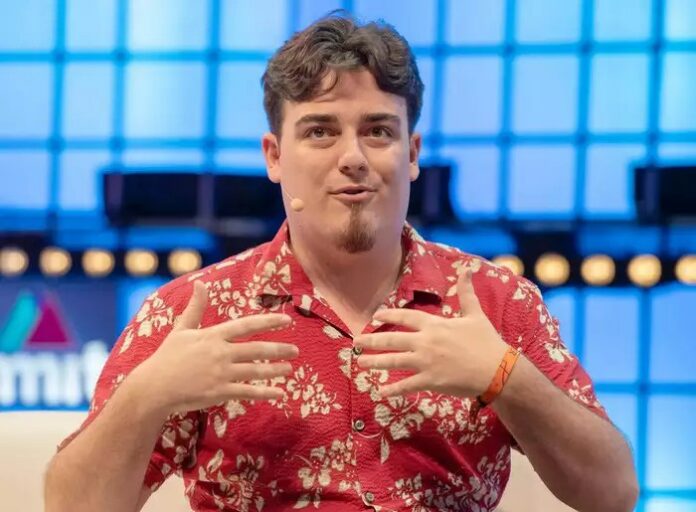 Palmer Luckey just upped the stakes of losing in video games to a startling degree.

The original creator of the Oculus headset, which now serves as the backbone for Mark Zuckerberg’s metaverse ambitions, wrote in a blog post that he had modified a VR headset to explode when the wearer loses in a video game, killing the user in real life, too.

In the post, titled “If you die in the game, you die in real life,” Luckey said he was inspired to create the deadly gaming device by a fictional VR headset called “NerveGear” featured in an anime television series called Sword Art Online.

“The idea of tying your real life to your virtual avatar has always fascinated me – you instantly raise the stakes to the maximum level and force people to fundamentally rethink how they interact with the virtual world and the players inside it… only the threat of serious consequences can make a game feel real to you and every other person in the game,” Luckey wrote.

Here are the specifics of the invention:

Luckey said that unlike the fictional version of NerveGear, he could not figure out how to kill the wearer with “powerful microwaves,” instead, he used explosives for his morbid creation.

“When an appropriate game-over screen is displayed, the charges fire, instantly destroying the brain of the user,” Luckey wrote.

Luckey sold Oculus to Facebook for $2 billion in 2014 and left the company in 2017. He later told CNBC he believed he was fired for “no reason at all” and speculated that his right-wing political donations could have been to blame. Facebook, which is now Meta, disputed Palmer’s claim, saying his departure was “unequivocally” not due to his political beliefs.

As for his lethal headset, Luckey said it’s just a piece of office art – for now.

“It is also, as far as I know, the first non-fiction example of a VR device that can actually kill the user. It won’t be the last,” Luckey wrote.

“See you in the metaverse,” he concluded.