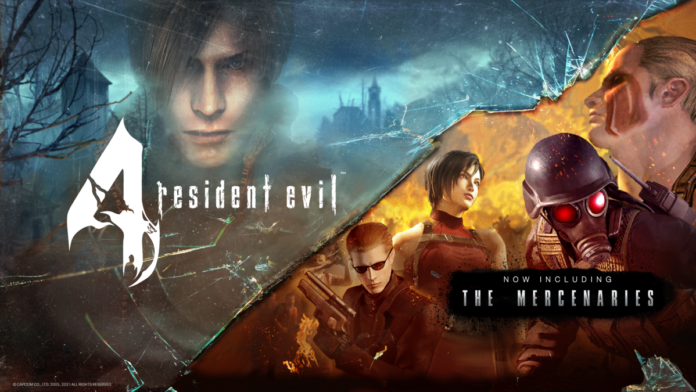 Resident Evil 4 VR came out last year to rave reviews from fans and critics (we gave five stars in our write-up) but nearly everyone playing it had one question: where’s The Mercenaries mode?

Well, developer Armature Studio finally has an answer. As announced at the Meta Quest Gaming Showcase The Mercenaries mode is available right now as a free update to the game on the Meta Quest 2.

Much like the original, players are tasked with taking out as many Ganados as possible before time runs out, though the VR game mode has a few new tricks up its sleeve that even longtime fans won’t recognize.

For starters, there are 20 new Challenges to test your skills against. Plus new online leaderboards will let you see how you shape up against the rest of the Resident Evil 4 VR player base.

Completing challenges won’t just help you claim the rankings, you’ll also unlock various in-game rewards. This includes a Big Head mode, a Classic Horror mode that turns everything black and white, and golden skins for your suite of weapons.

Best of all, every single reward can be used in both The Mercenaries mode and the main game’s campaign.

If you haven’t played Resident Evil 4 VR yet and you have a Quest 2 what are you doing? Whether you’re a fan of the classic horror title already or are completely new to the Resident Evil franchise this is a must-play VR title.

Armature Studio has perfectly recreated the classic Capcom title in VR, and in doing so developed the best way to play Resident Evil 4. The first-person environments are terrifying to explore as you never know where your next enemy is hiding.

The action side of things is just as incredible. As you take on hordes of enemies by expertly manipulating your weapon arsenal (thanks to the game’s fluid yet immersive controls), you can’t help but feel just as badass as Leon Kennedy himself.

With The Mercenaries mode now added – introducing a load of free new content – there are even fewer reasons not to give one of the best Quest 2 games a try as soon as you can.