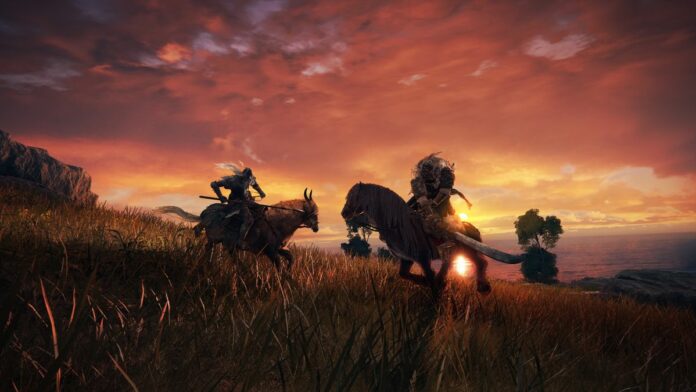 It’s been over two months since Elden Ring launched and we’ve seen plenty of fans trying their luck with weird controllers. This time, we’ve seen Rudeism using a Fisher-Price toy controller, modding it into a working Xbox controller.

Revealing his latest work on Twitter, Rudeism, who calls himself a “builder of bizarre controllers,” has now modded the Fisher-Price Laugh & Learn Game & Learn Controller. Inspired by a Wario64 joke, he released a short video, confirming it “still has all the sounds it came with in the box but it also can play games,” demonstrating this with Elden Ring.

Rudeism’s video outlines the challenges adapting this toy controller presented. Because there’s no right analog stick, he explains that he had to use the mode switch that normally changes the controller from music to numbers. Once switched over, the left joystick then registers as the right joystick, also swapping several face buttons for start, select and guide buttons.

There’s only two bumper buttons as well, but when tilted left or right, these buttons swap between LT / LB and RT / RB. As such, it’s certainly a much more limited experience, though

here’s the Fisher Price Xbox controller in action!let me know what games you’d like to see me play with itand thanks to @Wario64 for the off-hand joke that inspired me to make this happen 😂 pic.twitter.com/3OETvcsEsIMay 1, 2022

Speaking further to IGN, Rudeism also explained his build process. Calling it a “suuuuper tight fit – I had to get a Stanley knife to trim down the USB port just so I could squeeze it in there,” IGN then advised that this made it “one of Rudeism’s cleanest builds.”

While it’s certainly an unusual sight, we perhaps shouldn’t be too surprised to see this attempted. Rudeism is far from the only modder trying unusual controllers, but using a toy controller for babies that also retains its original functionality? It’s certainly a more inventive approach.

We’ve otherwise seen a few interesting approaches from Elden Ring’s fan scene, including ZeroLenny’s recent attempt with DK Bongos. SuperLouis64 used Ring Fit Adventure’s ring a week after launch, which was quickly followed up by using a banana controller to beat Godrick with it.

The incredible efforts don’t stop with controllers, either. One fan’s been working on an Elden Ring demake for Game Boy, another beat the whole game without taking damage last month, while speedrun scores continue to climb. Whatever your thoughts are on Elden Ring, FromSoftware’s latest isn’t disappearing anytime soon.