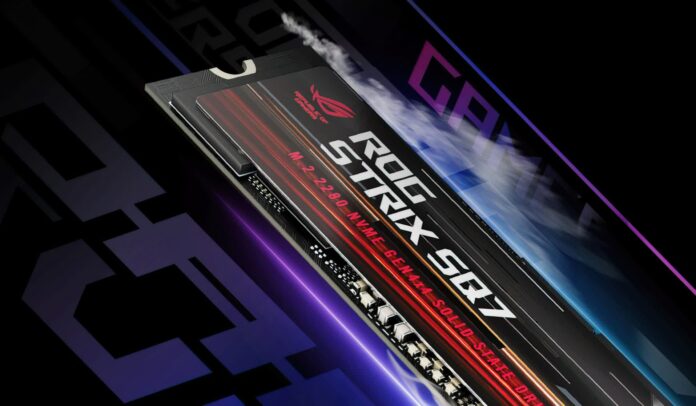 Something to look forward to: Asus produces an absolute slew of PC hardware, from monitors and laptops to graphics cards and motherboards, but solid-state drives have been one of the few gaps in its line. According to the company’s Facebook page, however, that will change very soon.

On Saturday, Asus used the Republic of Gamers-brand Facebook page to tease its first SSD: the ROG Strix SQ7. There was little to see in terms of specs beyond it being a 1TB-capacity M.2-2280 drive with a PCIe 4.0 x4 interface. We don’t know whether that 1TB is the maximum storage from a range of several drives on offer or if the Strix SQ7 will only have this single option.

There’s also the rendering of the SSD, which shows a graphene or possibly aluminum heat spreader in addition to the ROG colors and logo. It’s unclear whether there will be a version with an integrated heatsink or what kind of PS5 compatibility to expect, but given these are routes that its competitors have taken with their SSD lines, expect Asus to follow suit.

Asus is entering a competitive and saturated market by launching a PCIe 4.0 SSD, so the drive will have to offer compelling features if it wants to stand out from the pack. The ROG brand is popular amongst gamers and hardware enthusiasts, though, so that should work in Asus’ favor.

No word on the Strix SQ7 SSD’s price or availability, either. Asus says the drive is coming soon, so don’t be surprised if it is officially announced and launched during the company’s pre-Computex ‘Boundless’ ROG event on May 17.