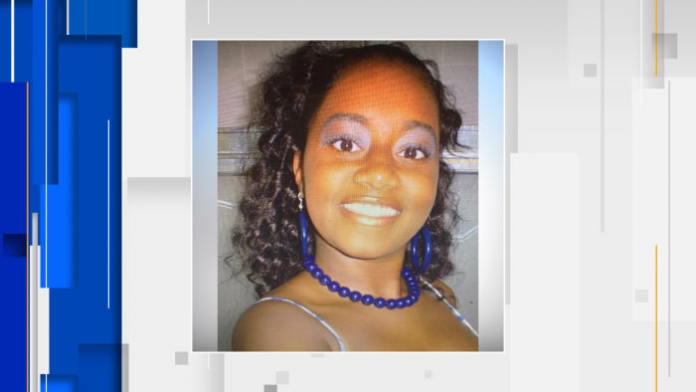 JACKSONVILLE, Fla. – The family of Brittany Matthews, 31, said she was shot and killed at a gas station off Edgewood Avenue in August 2020.

“We want closure and if you could say something, please, just say something,” Freda Matthews, Brittany’s mother said. “We deserve justice for Brittany.”

Still to this day, the hairstylist’s death remains a mystery. Freda Matthews tells News4JAX it’s been hard, not knowing who killed her daughter, but she believes her daughter was targeted.

A bumble bee necklace and picture hanging in her living room is all she has left of her 31-year-old daughter. “We called her Bee,” Matthews said. “I called her Lady Bee, but bee was a name she grew up with.”

The beloved hairstylist and mother was murdered in August 2020. “These 21 months have not been the same,” Matthews said. “It’s terrible. Nothing is the same anymore.”

Her mother says Brittany was on her way to her sister’s house when she stopped at the Shell gas station off Edgewood avenue around 9 a.m. According to JSO, the gunman, pulled up in a silver Nissan Rouge, got out and fired several shots into the car Matthews was sitting in, then drove off.

The car was eventually found. “They found it, but it wasn’t related because the killer actually stole the vehicle,” Freda Matthews said.

JSO released photos of a man and a woman who were considered persons of interest. Brittany told her sister she was being harassed a few months leading up to her death.

Brittany’s mother has no idea who would have done this. “Brittany was the life of the party everywhere she went,” Matthews said. “She was jolly. She loved going out and having fun.” Matthews also says her daughter had a smile she could never forget.

Freda Matthews says her grandson now growing up without a mother and its been hard. She urges anyone who has any information to please come forward. You can call Crime Stoppers of Northeast Florida or JSO.