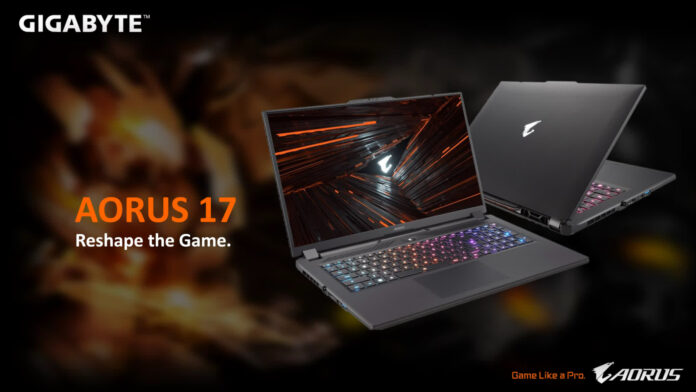 Something to look forward to: Gigabyte’s upcoming flagship gaming laptop, the Aorus 17X YE, appears to be one powerful PC. In the company’s official listing that now appears to have been removed, Gigabyte notes this model will pair Intel’s 16C/24T i9-12900HX Alder Lake silicon with Nvidia’s 16GB 3080 Ti GPU on an HM670 motherboard. There’s no word yet on pricing or availability, though it’s safe to assume an exorbitant sum when the Aorus 17X arrives in the coming months.

The powerful CPU/GPU combo in the Gigabyte Aorus 17X would potentially allow this laptop to make the most of its 360Hz display when it comes to modern AAA gaming. The 17.3-inch IPS screen, perhaps, is the weakest part here, given that it will sport just 1080p resolution as per the company’s official listing on its Taiwanese website (status 404 at the time of writing).

Gigabyte also appears to have spilled the beans on Intel’s upcoming 12th Gen Alder Lake-HX CPU, which the latter is yet to officially announce. This makes the Aorus 17X the first laptop to pack one of Intel’s fastest mobile chips. The 16-core (8 performance, 8 efficiency) 24-thread CPU will reportedly be a 55W SKU based on Intel’s desktop-class silicon with a maximum turbo frequency of 5.0GHz.

Paired with this chip will be Nvidia’s 16GB RTX 3080 Ti Laptop 130W GPU and up to 64GB DDR5-4800 RAM. Gigabyte hasn’t specified the maximum storage capacity but does note that this model will have 2 x M.2 slots which can be equipped with NVMe PCIe Gen4 drives.

Gigabyte’s official photos reveal the Aorus 17X YE to be a fairly chunky machine coming in at 2.7kg, thanks in part to the Windforce Infinity cooling system. Among other connectivity options located on either side, this model will also have a Thunderbolt 4 USB-C port, mini display port and a dedicated Ethernet port.

Although battery capacity is still unknown, Gigabyte will reportedly ship this laptop with a 280W power supply. Unlikely to be the most portable machine once it arrives, the beastly internals of the Aorus 17X YE should certainly make it stand out in performance benchmarks and heavy-duty gaming.