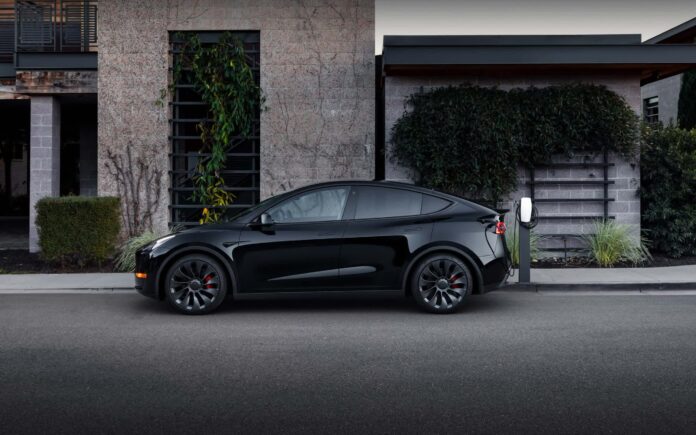 What just happened? Tesla seems to be taking a leaf out of Apple’s book after officially announcing that they will stop bundling charging cables with cars ordered from now on. They will, however, happily sell you that same connector for an additional $200. This will undoubtedly also boost sales of their $500 Wall Connector.

Tesla has already increased the price of its vehicles several times this year, and today’s news won’t make their value propositions any better.

New car purchases won’t come with a mobile connector included anymore. Instead, you’ll be able to buy the Gen 2 mobile connector bundle (capable of Level 1 charging) separately for an additional $200. Tesla will, however, start including more plug adapters in this connector kit.

While this mobile connector charges Teslas at a sluggish 2-3 miles of range per hour, it can come in handy if you want to top up at a friend’s place or in an area without charging stations as it can plug into a standard outlet.

Based on feedback received, we will drop mobile connector price to $200 & make it easy to order with car.

Note, mobile connector is not needed if you have a Tesla wall connector or to use Superchargers.

It’s worth noting that while most EVs come with either a Level 1 or Level 2 charging cable as standard, Kia also chose not to include one with the EV6. Hopefully, this won’t become a trend, similar to how some smartphone manufacturers have followed Apple’s stance.

In other news, the Tesla Cybertruck recently got delayed for a second time, pushing its release to 2023.