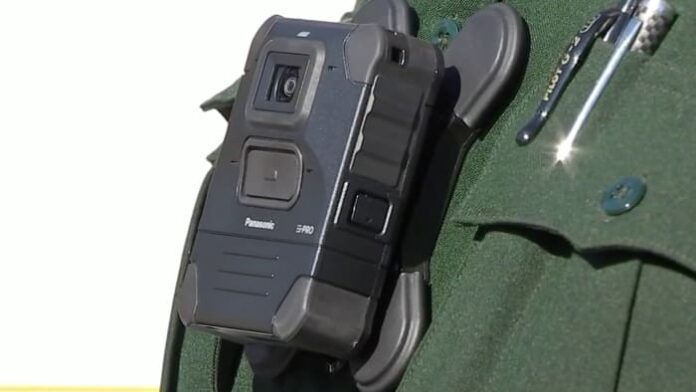 The policy they released took effect in December of 2019. The nine-page policy does not explicitly say tactical deputies are not equipped with body cameras.  It does say in part that deputies who are equipped and trained shall make sure it’s on and recording during certain circumstances involving citizen interaction — including the stopping and arresting of a suspect.

Video surveillance from the Target store in Kissimmee gave a clearer picture of what happened leading up to Osceola deputies shooting and killing 20-year-old Jayden Baez on April 27, but it doesn’t show everything, including the moment shots were fired.

In many cases when deputies open fire, that moment is captured on body camera and later released to the public. But, in this case, we may never see it.

“They were wearing tactical gear. They were in a training. Most of the body cams that deputies are equipped with are in patrol,” said Osceola Sheriff Marcos Lopez at a news conference Monday. “They were tactical detectives. They don’t have body cameras.”

We’ve asked the Osceola County Sheriff’s Office why its body camera policy does not state which departments are assigned body cameras and why aren’t body cameras worn during training.

The sheriff has said his deputies initiated the takedown at Target after they observed suspicious behavior.

They later arrested two men in that car — Joseph Lowe and Michael Gomez — charging them with petit theft, after they say they were seen taking Pokémon cards and pizza from the store.

Volusia Sheriff Mike Chitwood cannot speak for this investigation at Target or for the Osceola County Sheriff’s Office. However, he told News 6 that while his deputies aren’t required to wear body cams for training, that changes when they respond to a call.

“This happens more than you think. The SWAT has designated training days. If there’s a call out for a barricaded person, they now have to transition. So, their body cameras and all of their tactical equipment will go out to the scene,” said Sheriff Chitwood.

He said his tactical deputies do wear body cameras when performing a patrol function.

The FDLE is investigating the shooting aspect of this case.

[RELATED: These are the bodycam policies for Central Florida’s largest law enforcement agencies]