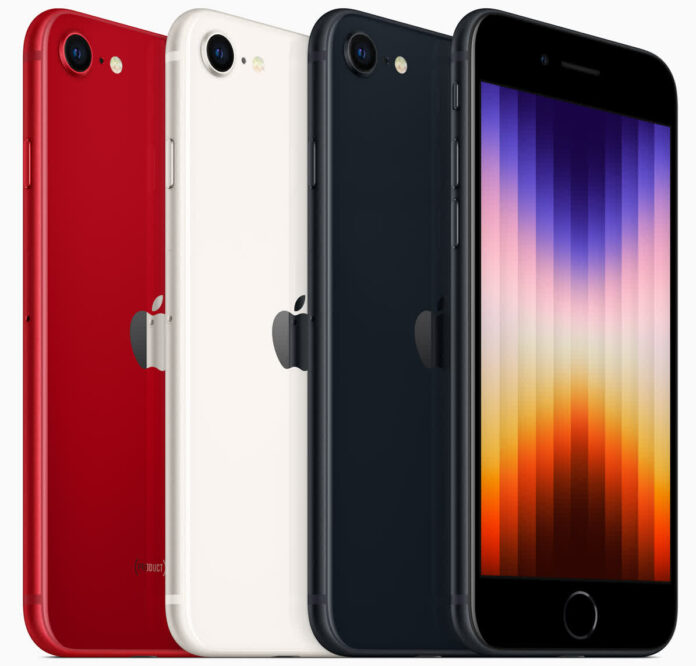 TL;DR: Another report has arrived suggesting that the new iPhone SE isn’t selling anywhere near as well as Apple expected. But it’s not just Cupertino experiencing disappointing sales; Google’s Pixel 6 line is also struggling to find buyers, leading to the company offering large incentives to salespeople who sell its handsets.

Research firm Wave7 (via PCMag) conducted a survey of salespeople at US carrier stores to get an idea of the smartphone market today. According to the results, 56% of reps said that iPhone SE 3 demand is weaker this year than it was for the previous iPhone SE, and just 8% said demand is stronger.

The survey backs up a report from March that claimed Apple had asked its suppliers to cut production of the iPhone SE 2022 for the quarter by as much as two to three million units, a reduction of around 20%, due to low demand.

Shanghai lockdown doesn’t affect the iPhone SE production. However, the new iPhone SE demand is lower than expected (the delivery status “in stock” as one of the proofs), and I cut my shipment estimation in 2022 to 15-20M (vs. 25-30M previously).

While it appears few people crave smaller phones these days, another problem could just be that not many consumers know about the iPhone SE. “Wave7 Research is unaware of any TV, radio, outdoor or print advertising for the device,” wrote the company. A Verizon rep backed this up, telling the firm that not many people know it came out.

There are a couple of positives in the report for Apple: the iPhone SE is apparently very popular as a prepaid device, and it looks set to boost Apple sales in India, where the company has been shifting production to take advantage of tariff discounts while lessening its reliance on China.

Elsewhere, the Pixel 6 and Pixel 6 Pro handsets are also said to be igniting little interest outside of diehard Pixel fans. Google is reportedly using “spiffs” or commissions for salespeople who manage to move its phones. This is something Samsung also does, but Google has pushed the incentives up “very high” to increase sales. One carrier rep told Wave7 that he sold the new Pixels to people who wanted to buy the new Galaxy S22 models when Samsung’s latest phones were sold out.

One thing that could be putting people off the Google Pixel 6 line is the numerous reports of bugs the phones experience. The most recent one is an issue in which calls are automatically diverted to voicemail without notifying users.