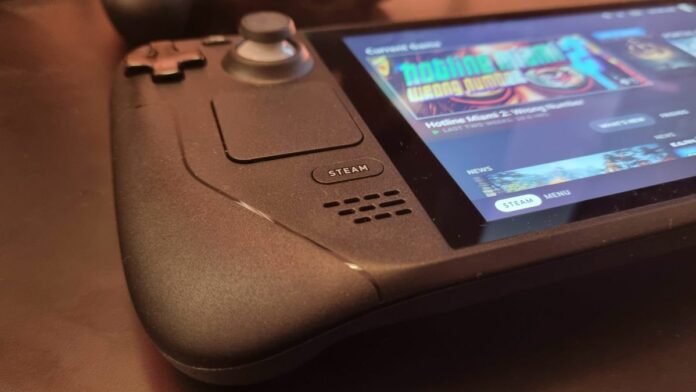 Steam Deck owners can now grab a new beta update – if they’re feeling brave enough to run a patch still in testing – which solves the fan whine issue we’ve been hearing so much about lately, albeit at a cost (we’ll come back to that).

If you’ve missed all the fuss about noisy fans, there are a number of reports from those with a Steam Deck who aren’t happy about a high-pitched whine being emitted by one of the fans (with some folks even resorting to odd measures like opening their device and sticking electrical tape inside as a kind of fudged fix).

The good news is that a fresh update for the Steam Deck comes with a proper software fix, albeit still in beta.

The patch notes don’t actually mention fan whine specifically, but among the improvements provided, Valve states that it has: “Added an OS-controlled fan curve to improve the experience in low usage scenarios, and adjusting how the fan responds to different scenarios and temperature.”

A further fan related-measure is: “Fixed an issue where OS fan control would not automatically resume after waking up the device from sleep.”

As PC Gamer, which spotted the update, points out, these are tinkering moves which appear to be related to the fan noise issue, as there are a number of reports online from Deck owners who are saying that applying this patch resolves the whine (or the worst of it).

Indeed, our sister site itself observed that post-patch the “difference was evident almost immediately” in terms of the pitch of the fan noise being considerably lower, and it sounded a good deal quieter when playing Euro Truck Simulator 2 as a test.

The downside? Well, PC Gamer reports that the trade-off for the taming of the fan is that the game went from pushing temperatures of 63-68°C (on high graphics settings) to around 75-79°C, which is a fair old leap (closing on 20% higher).

Analysis: Let’s not judge this one too quickly

On the face of it, curing a problem like the reported fan whine, but having the Deck’s CPU running at a significantly higher temperature as a result might seem like a dubious trade-off. And it’s not a great situation, obviously, but then again temps sitting in the 70s are still fine for the Steam Deck, and not particularly concerning in absolute terms. (In further testing, PC Gamer also tried Elden Ring which hit 80°C at most, so again, not a huge problem).

The other thing to bear in mind here is that this is still a beta update, meaning the whole point is that it’s there to be tested, and some bugs or flaws are expected, and will hopefully be fully ironed out. So by the time this fix hits release, any temperature increase might be much less pronounced, or even minimal.

In short, a bit of wonkiness with a beta release is entirely expected, and this is the reason that you shouldn’t run patches still in preview or testing on your device if you don’t want to encounter the unexpected at times.

What this does show us for sure is that Valve now appears to have a handle on the fan situation, and hopefully Steam Deck owners won’t have to go to any greater and more fiddly lengths like replacing the troublesome fan via iFixit’s repair scheme.