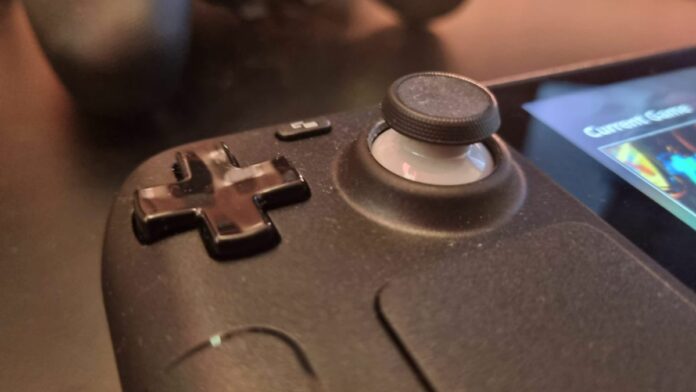 Steam Deck owners can hook up an external GPU to their handheld PC to supercharge its graphics capabilities, via a clunky workaround, and now that feat has been achieved with AMD’s current flagship graphics card, giving the Deck the power to run games at 4K with high frame rates.

Now, first off, we should make it clear that this method – as demonstrated by ETA Prime on YouTube – involved connecting an ASRock RX 6900 XT OC graphics card directly to the Steam Deck using the M.2 slot.

We’ll come back to the practicalities of that later – in so much that it really isn’t practical, and involves running the OS off the SD Card (and that must be Windows, as SteamOS can’t be installed on an external drive).

At any rate, ETA Prime jury-rigged the 6900 XT to work with the Steam Deck running Windows 11, and then tested a bunch of games to see how smoothly they ran. The answer being pretty smoothly in some cases, despite the flagship AMD GPU obviously being bottlenecked by the Steam Deck’s CPU.

For example, The Witcher 3 sped along at over 100 frames per second (fps) in 4K resolution with ultra settings, and with that same 4K configuration, GTA V crested over 60 fps (the widely acknowledged level for smooth-feeling performance).

That said, more demanding cutting-edge titles like Cyberpunk 2077, Elden Ring, and God of War couldn’t reach that kind of performance at 4K with the Deck’s processor hampering them, hitting more like 40 fps (though Cyberpunk 2077 did get up over 60 fps at points, but the frame rate was pretty variable and inconsistent overall).

Analysis: Messy and impractical, but fun – and a (sort of) glimpse of the future?

While this is an interesting – and let’s face it, fun – experiment, as we mentioned earlier it’s not something that anyone would actually want to do with their Steam Deck because of the army of caveats involved.

Those include needing to ditch the SSD from the Steam Deck – hence having to run the OS as Windows 11 on the SD card – in order to actually plug in the graphics card to the M.2 slot (using an M.2 to PCIe adapter). Oh and let’s not forget, the GPU needs its own separate power supply of course (a 750W Corsair PSU was drafted in on that score).

In short, this is a seriously messy setup, and as we said, more about experimenting with what’s possible with the Steam Deck, rather than what’s realistic. It’s worth noting that UFD Tech has previously done this using a lesser RX 6600 XT GPU on YouTube, as PC Gamer points out, and that ETA Prime did try Nvidia graphics cards, but didn’t have any joy getting them functioning in this fudged setup.

Who knows, maybe the Steam Deck 2 will run with a Thunderbolt port, and indeed folks have already dreamed about a future dock for the sequel handheld which allows for hooking up an external GPU and monitor plus peripherals on your desk, so you could use the Deck as your PC at home (perhaps with a considerably beefier APU inside Valve’s portable next time round).

That kind of flexibility might be pretty cool for those who would be willing to compromise and not have the fastest gaming PC going by any means, but something that could do the job while saving a pile of cash in the process (the only outlay would be the graphics card, of course, and its enclosure).