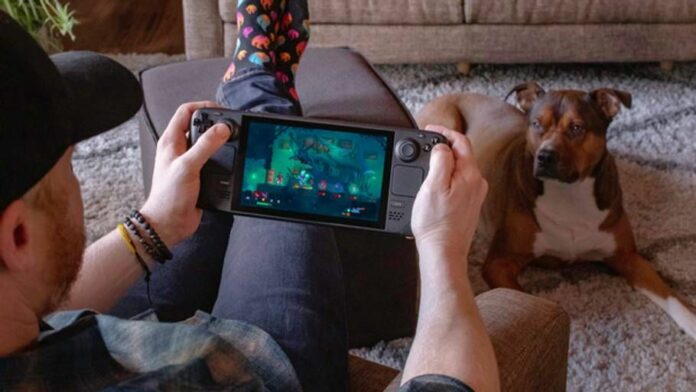 Steam Deck owners who are getting irked by fan whine from the device would do well to be cautious around following some advice which is currently floating about online regarding a fudged solution for the problem.

The issue, as PC Gamer highlights, is that one of the fans exhibits a high-pitched whine that can get pretty irritating (our sister site says it isn’t loud as such, but compares it to a tinnitus-like effect that can really start to grate after a while).

The workaround solution, as shared in a Reddit thread, is to open the Steam Deck, take four pieces of electrical tape, and stick those atop each other directly behind the Valve logo.

As pressing in this position can make the whining sound diminish, or even disappear, one theory is that there’s some play in the backplate of the Deck, and so placing the tape here effectively compensates for that apparent margin of manufacturing error, applying a little pressure and making the fan sound as it was designed to do.

Whether that explanation of what’s going on is true or not, we obviously don’t know, but certainly there are a number of folks on that thread who indicate that this fudging measure has made things better regarding their fan whine.

Analysis: There’s got to be a better way (right?)

As you’re likely thinking while reading this, it doesn’t sound like a great idea to be opening your device and just slapping some layers of electrical tape in there.

While the original poster – and others who have tried this measure – have taken temperatures and claim that their Deck is still running at around the same level as it was previously (at least in some limited testing of certain games), there could be unintended side-effects of applying such a jury-rigged solution. As another poster points out, matters like any possible impact on memory module temperatures are still unknown, as an example – something that might potentially become problematic longer-term.

We certainly wouldn’t recommend doing this ourselves, especially given that there are now reports flooding in that the latest beta update for the Steam Deck makes the fan run ‘near silent’ and mostly tackles the problem anyway. Take some pinches of condiments with that claim, of course, but it sounds promising (and note that PC Gamer also reported a “significant reduction in the pitch” of their whine with the beta, with it being less annoying, albeit at the cost of temps getting a bit warmer inside the Deck).

What’s also worth remembering is that teardown and repair outfit iFixit has hooked up with Valve to deliver support in terms of fixing or modding the Steam Deck, and quieter replacement fans are in the pipeline by all accounts. So, in time, there’ll be a way to swap out any potentially wonky fans for fresh non-problematic models courtesy of iFixit.

In short, we’d advise playing a waiting game for the time being – certainly with that possible software fix in the works, as the easiest solution by far – rather than rushing to try a still rather unproved and somewhat dubious sounding fix.