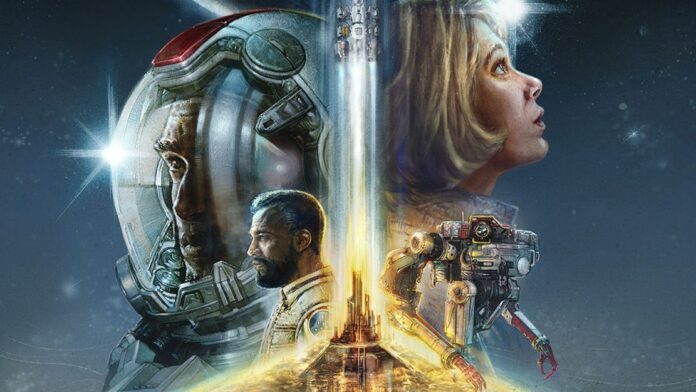 Starfield is so expansive that much of its content will likely need to be cut if Bethesda is to release it later this year.

That’s according to a former Starfield developer, who worked on Bethesda’s upcoming sci-fi RPG and shared several details of the game over on the gaming forum Resetera (thanks, GamesRadar). User Hevy008 responded to several questions about the title and suggested it’s so large that Bethesda will have to remove several unfinished features if it wants to ship the game later this year.

“They’ll cut what they [need] to etc. They have an overabundance of content, probably too much, so that’s not the issue. Finding the fun and, of course, bug fixing is the big thing.”

“Beta is this summer, that’s when the picture will truly become clear.”

The anonymous poster also described the game as “looking good” and said the “shooting feels alright”, but rather bluntly said “the engine is a piece of crap” and “flying is terrible atm” because it’s “not fun”.

They did, however, sing the praises of its lighting and graphics, but said they’re not yet up to par with Horizon Forbidden West. It’s several months before Starfield is expected to release, though, so that could all change.

The original post, along with Hevy008’s account, has since been deleted, although a screengrab on Imgur shows their message in full.

The identity of Hevy008 as a former Starfield developer has been confirmed by Bloomberg reporter Jason Schreier in a post on ResetEra. Although Schreier couldn’t confirm whether the details of their post, including the claims regarding Starfield’s massive size, were true, they did say Hevy008 is “definitely who they said they were”.

A lot could change

Starfield is expected to release on November 11 later this year. That’s not a huge chunk of time in the wider context of game development; most triple-A games take multiple years to produce, and Starfield was originally teased way back in 2018. But it still provides a lot of scope for the dev team to fine-tune its major features.

While Hevy008 gives a fairly gloomy rundown of Starfield, especially its flying gameplay, that doesn’t mean we should be pessimistic. A lot can change between now and the game’s release. Plus, we don’t know at what stage in the game’s development Hevy008 was involved – whether recently, or a fair way back.

Cut content is par for the course with game development. As projects move from nascent design ideas into fully-fledged titles, they’re gradually refined and molded into more cohesive games. That means many of the design concepts originally brought to the table are changed, dropped, or iterated to better suit the game’s current state.

It will be exciting to see which ideas make it into the final build of Starfield and which are left on the studio floor. We wouldn’t be surprised if intrepid dataminers unearth unused assets in Starfield’s folders once it’s released, giving us an insight into what could have been, or if leakers like Hevy008 reveal more details of what was once planned for the game.

As Hevy008 says, the Starfield beta due to roll out in the middle of the year will give us a major look at the sci-fi RPG. That’ll be our first hands-on opportunity to see what features the game offers.